Powerfull Shaggy (Shaggy’s Power) – is a meme reffering to images and photoshops depicting Shaggy Rogers from Scooby-Doo as a powerfull superhero.

Memes about invincible Shaggy became popular in the middle of January 2019th. But this trend has a background. According to Know Your Meme, it all started in October 2017th, when the Ultra Instinct Shaggy video appeared on YouTube.

In the video, Shaggy fights with a gang of thugs under the influence of hypnosis. This is an episode of the cartoon “Scooby-Doo: Legend of the Phantosaur”, released in 2011th.

On October 12th, utuber Midya published a remix, putting the soundtrack for the anime “Dragon Ball Super” on the scene from the cartoon. The video was named Ultra Instinct Shaggy (ultra instinct – a special ability that gives the hero strength).

The video got viral popularity and in a year and a half gained more than 5.7 million views. It also inspired other users to memes and fan art, in which Shaggy became a strong man and a superhero.

The most famous art – picture of the user DeviantArt MielSibel10032002, painted in November 2017th. It became a template for many memes with a strong Shaggy. 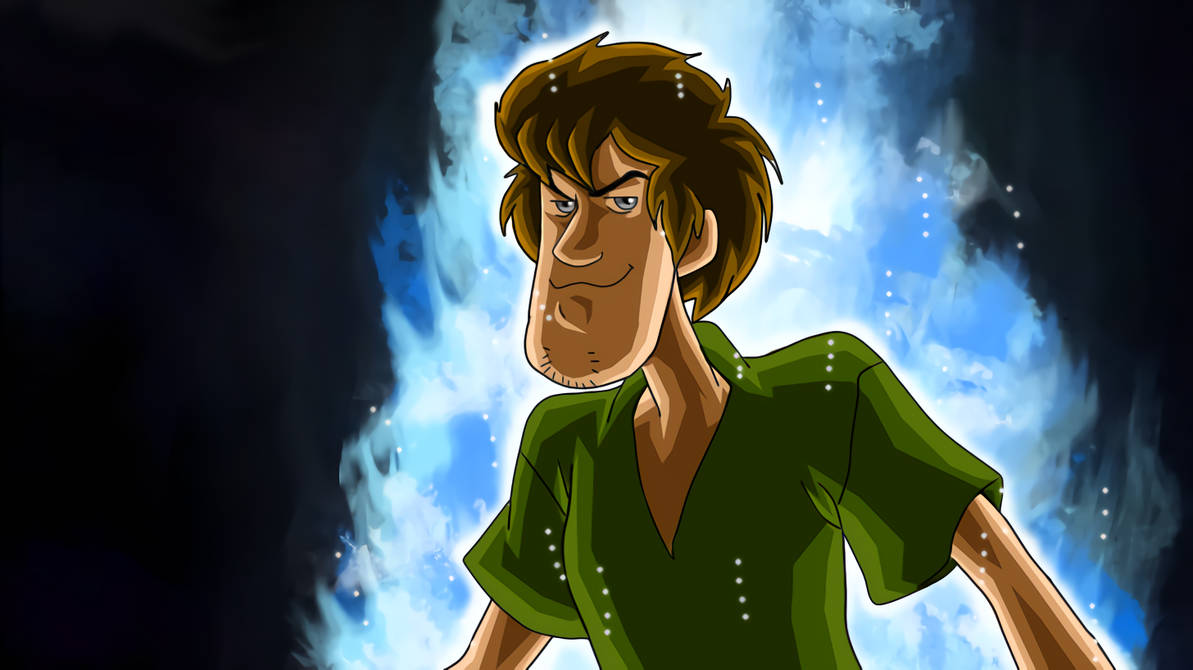 Single memes about Shaggy appeared in 2018. For example, in November, the user narwhal-lord14 posted a picture with the hero on Reddit, taking photos of him with a katana. The image was accompanied by the caption “Heh … Like, not bad, man. You made me use 10% of my power”. 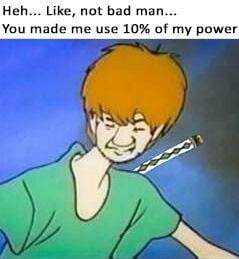 Subsequently, captions about that Shaggy uses a small part of his power will become an indispensable attribute of such memes. A new round of development trend received in early January 2019th. On January 13th, redditor roaringdoom portrayed Shaggy as the hero of the anime “JoJo’s Bizarre Adventure”. On the same day, a comic book appeared on Reddit with Superman, who is asking Shaggy for mercy. 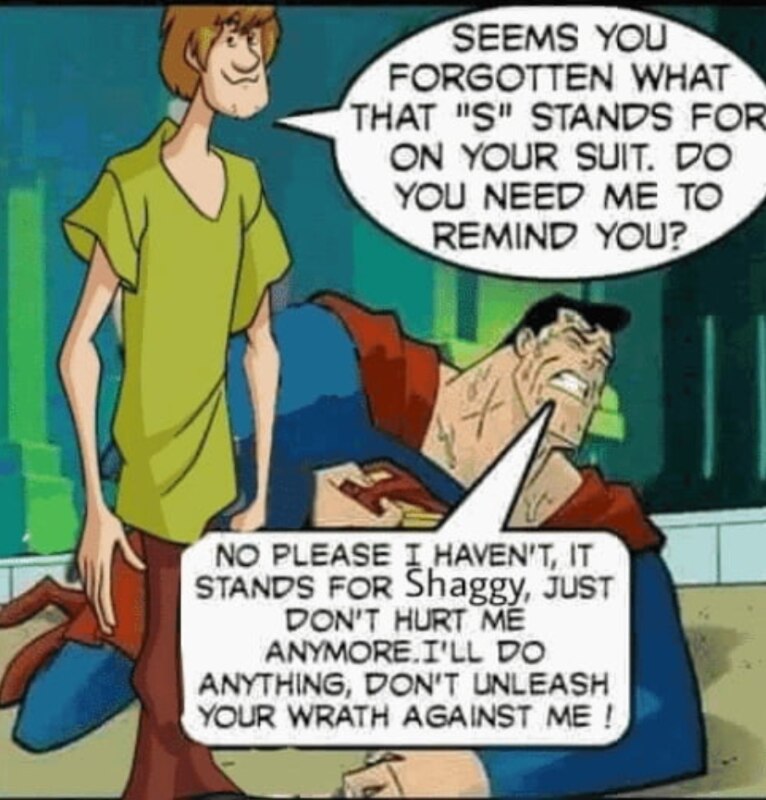 Mass popularity came to the meme on January 16th, when Shaggy was placed in another meme – “Itachi choking Sasuke”. 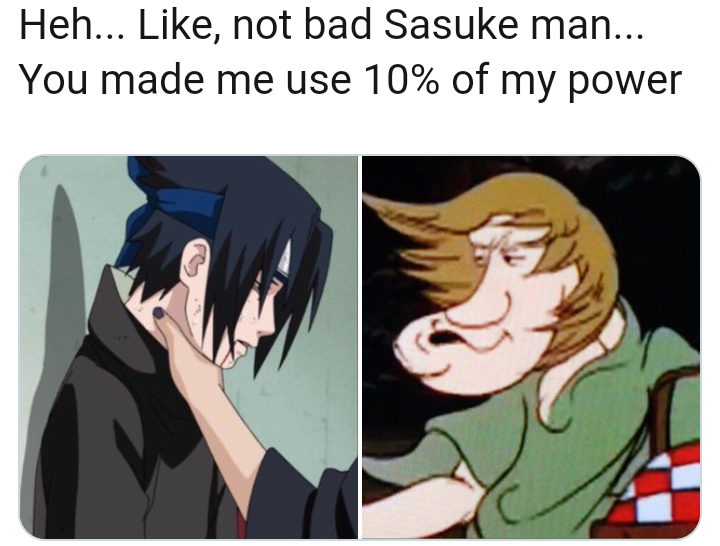 In the following days, the meme gained popularity around the world. Memes with footage from an interview with the actors of the movie “Scooby-Doo”, released in 2002, became a separate genre. Users put fake credits on them and it turned out that the characters talk about Shaggy’s abilities.

On January 27th, a petition appeared on Change.org. The authors asked the developers of Mortal Combat 11 to add to the game a new character – Shaggy. The joke went too far – in two days the petition was signed by almost 150 thousand people. 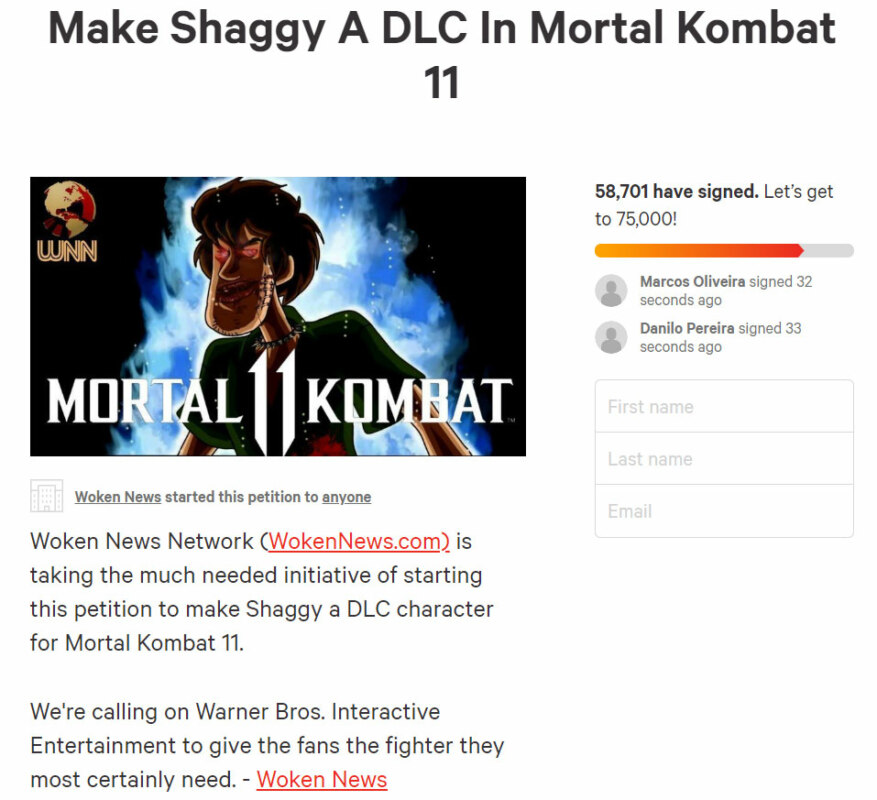 Matthew Lillard, who plays the role of Shaggy in the movie “Scooby-Doo”, knows about the popularity of his character. On January 26th, he retweeted one of the memes, writing “This is Wrong.” And the next day, the actor found out about the existence of a whole subreddit with memes about Shaggy. Lillard threw off a link to the thread and added: “Dear Universe. Please make sure that it never ends.”

In the original Shaggy Rogers is a cowardly and shy character. He looks frail and weak. At some point, the fans decided to embellish reality and began to fantasize about a more brutal hero. So a new image of Shaggy appeared – strong and fearless.

All this became the basis for memes about the Shaggy’s power. In them, the hero may be in another universe, to meet with these superheroes. But in the eyes of the fans, Shaggy is the strongest. 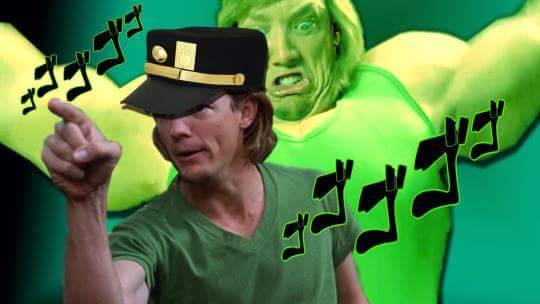 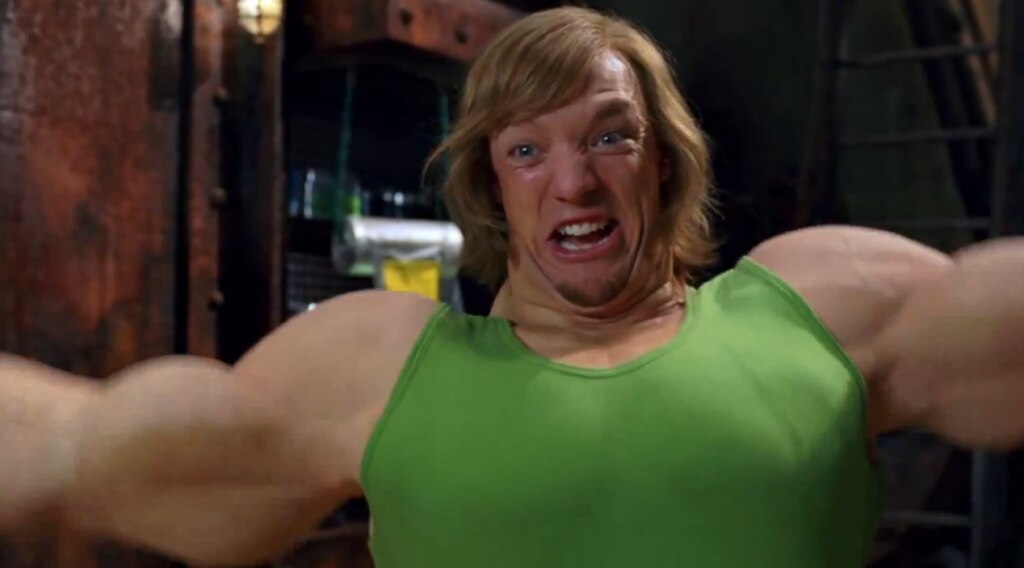