The Egg Meme (World Record Egg) – is a picture of a brown chicken egg on white background that became the most-liked post on Instagram. Memes about the egg are spread over the world in early january 2019.

Origin of the egg meme

The simple brown egg on a white background gathered 28 million likes, overtook Kylie Jenner and became the most popular Instagram photo in history. It took less than 10 days to establish a record for the @world_record_egg profile. 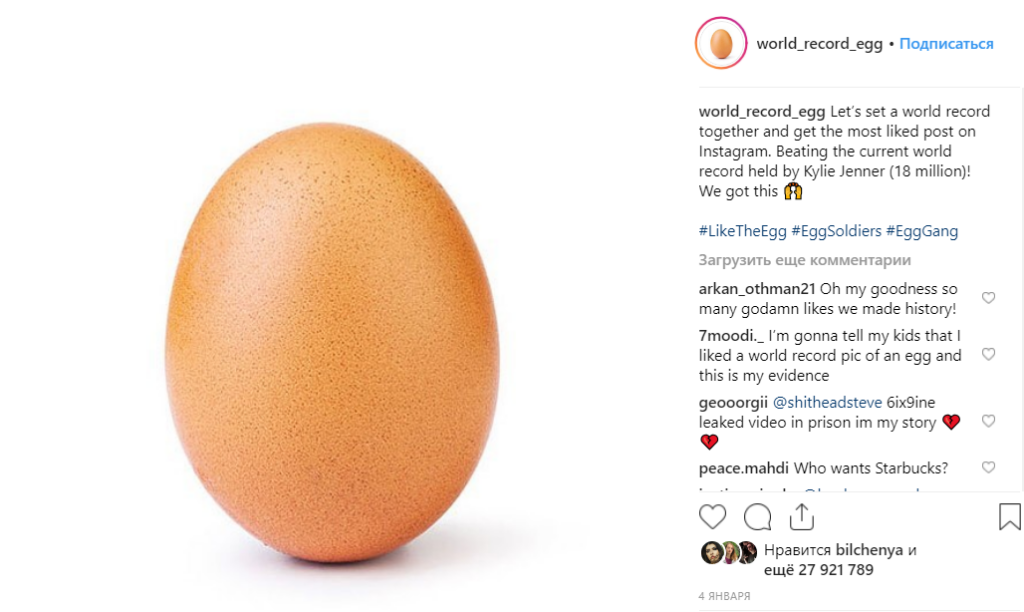 The photo of the egg appeared on January 4th in the @world_record_egg profile, there are no other pictures in the account. The picture contained the description “Let’s set a world record together and get the most liked post on Instagram”.

On January 10th, Redditor demesmank published a screenshot of the Instagram post with 336,712 likes to /r/madlads.The post gathered more than 39000 points and 490 comments on the subreddit within 72 hours.

The record post of TV star Kylie Jenner was made on February 7, 2018 and is dedicated to the birth of her daughter Stormy. Now under it appeared a lot of comments with the image of eggs. 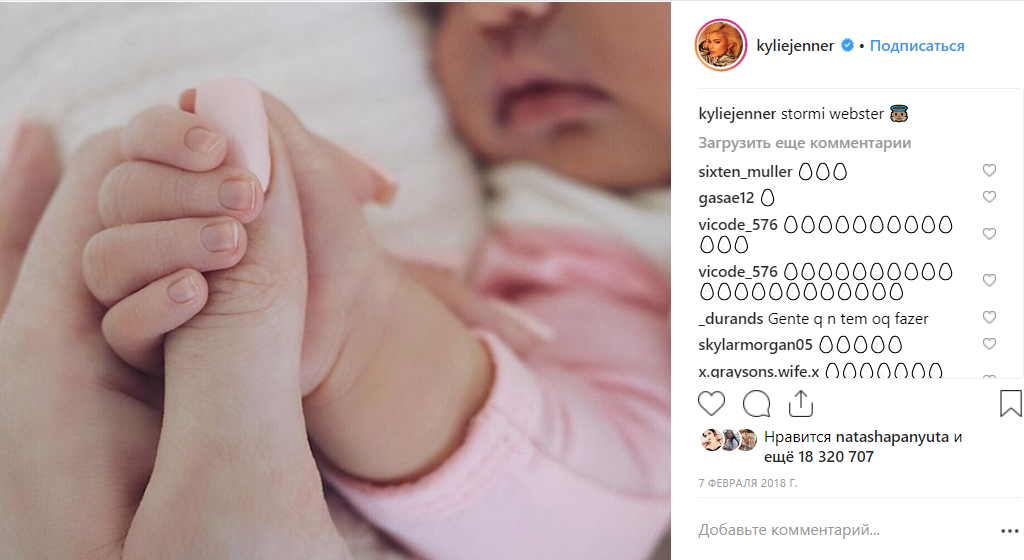 The post about the egg became viral, the instagram users really started to like it. On December 13, Kylie Jenner’s record was broken, and on January 14, the number of likes under the egg photo reached 28 million.

Kylie Jenner immediately responded by posting a meme of her attempt to fry an egg on hot concrete.

The egg meme became popular on Reddit and other meme-sites. Here are some memes about it. 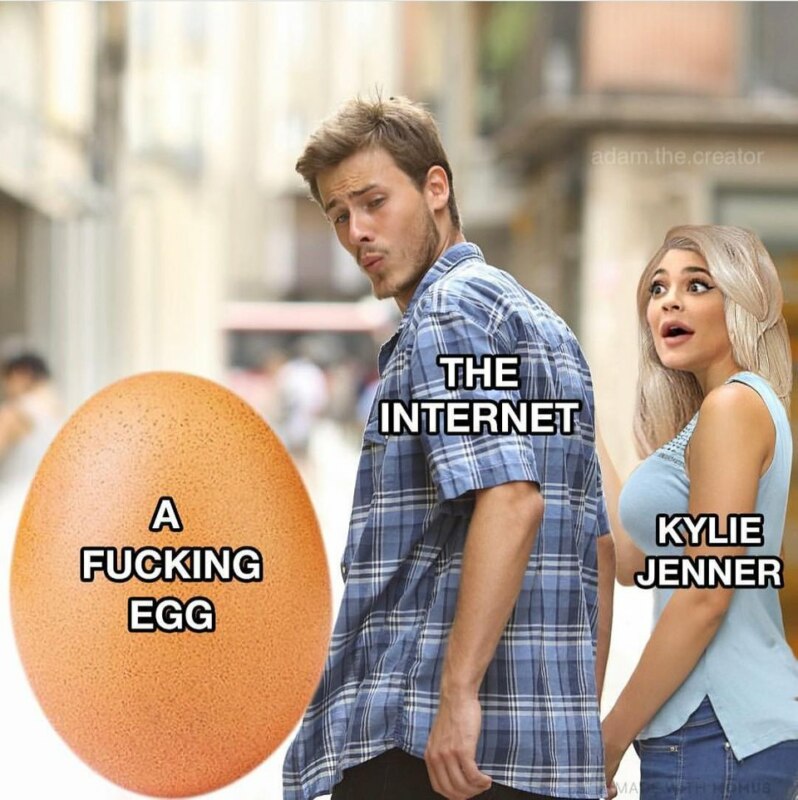 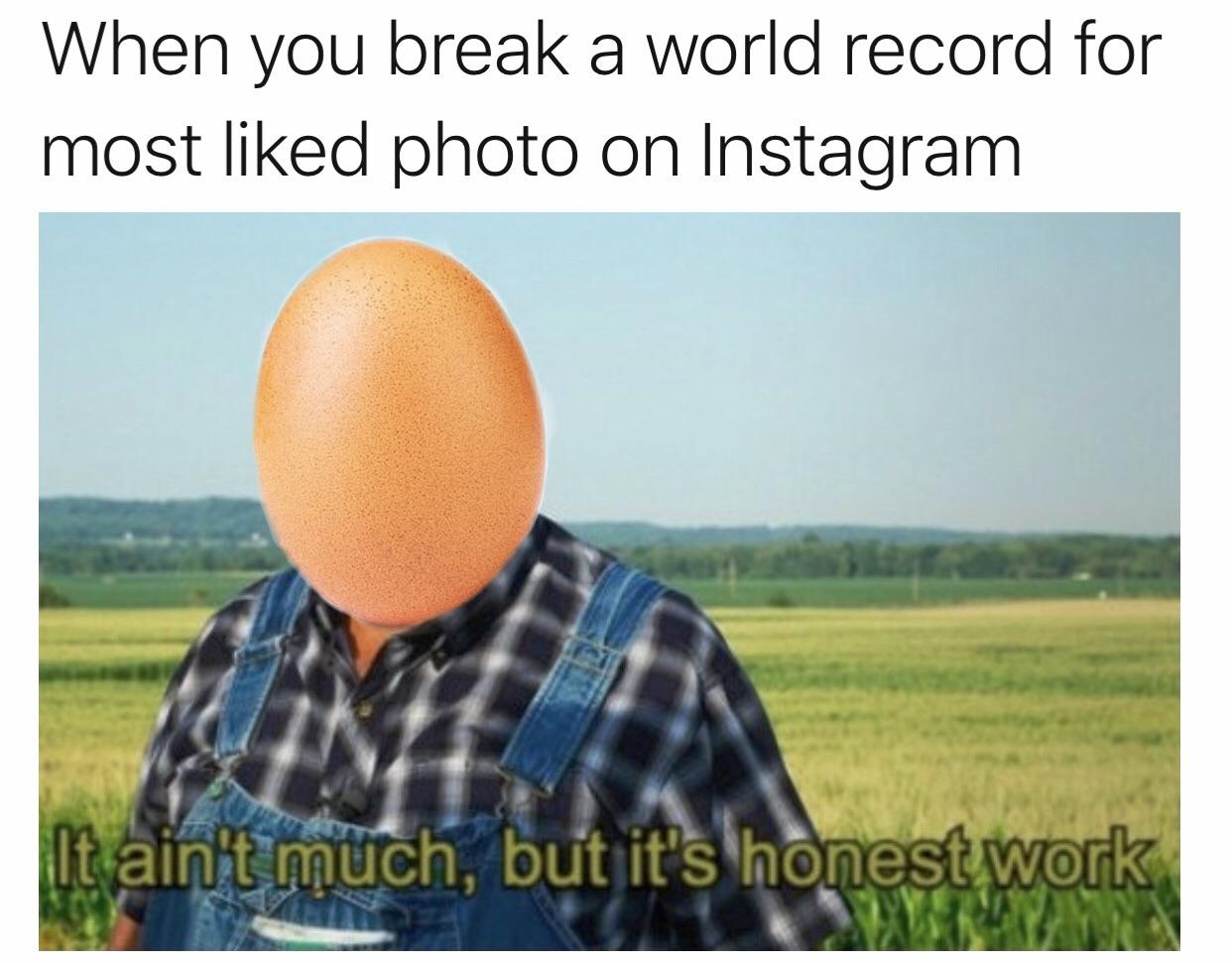 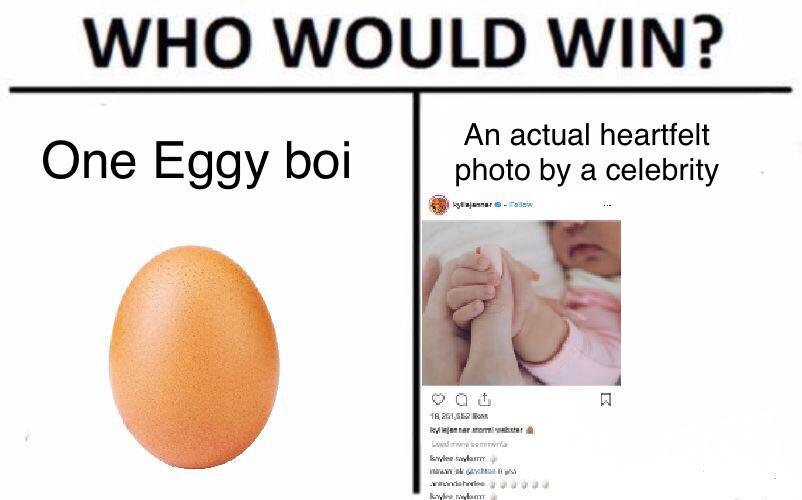 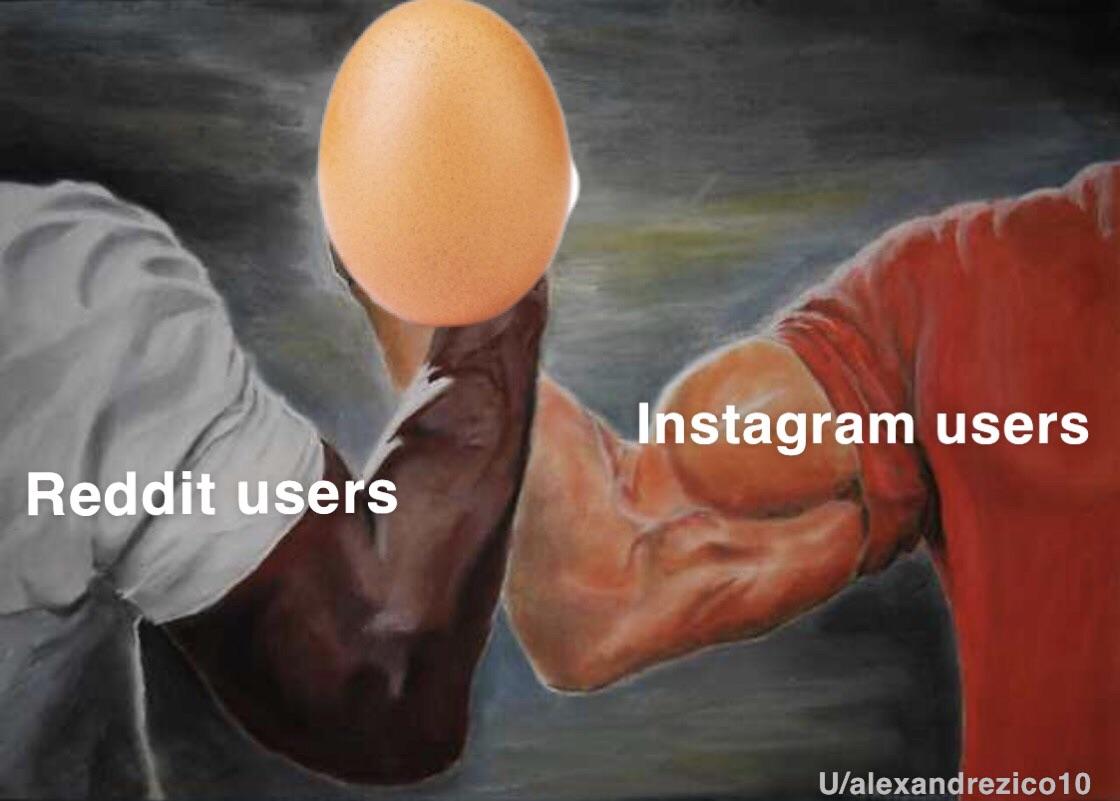 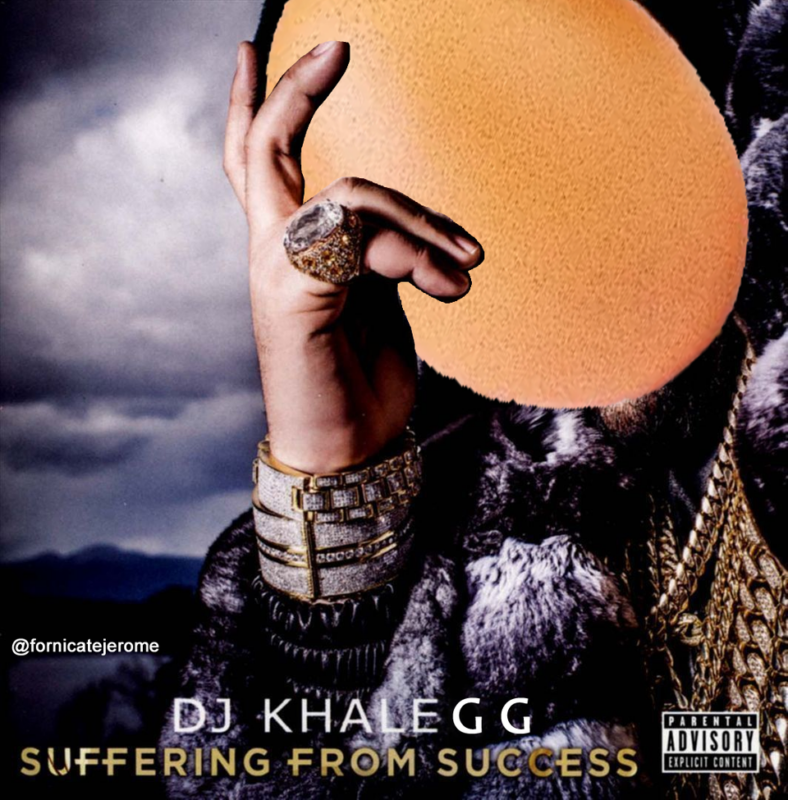 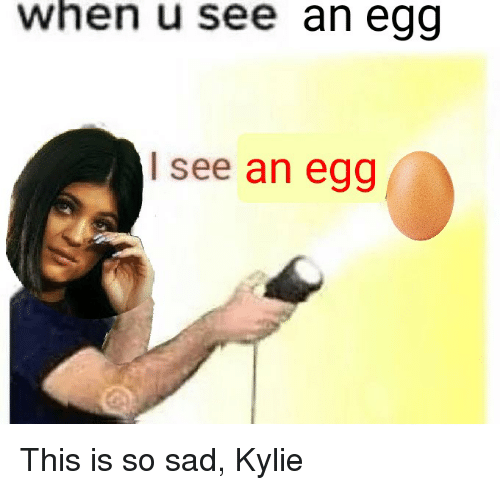