Roshan (Ice Age Baby) – a meme with a child from the “Ice Age” animated film named Roshan. In memes, they usually hate him, but no one knows why.

Human cub Roshan first appeared in the cartoon “Ice Age”, which was released in 2002. In the story, Sid and Manny find a child and try to return him to the tribe. After a long adventure, they succeed.

It is not known exactly who and when launched the force memes about Roshan. The first jokes about him appeared on Twitter in October-November 2019. 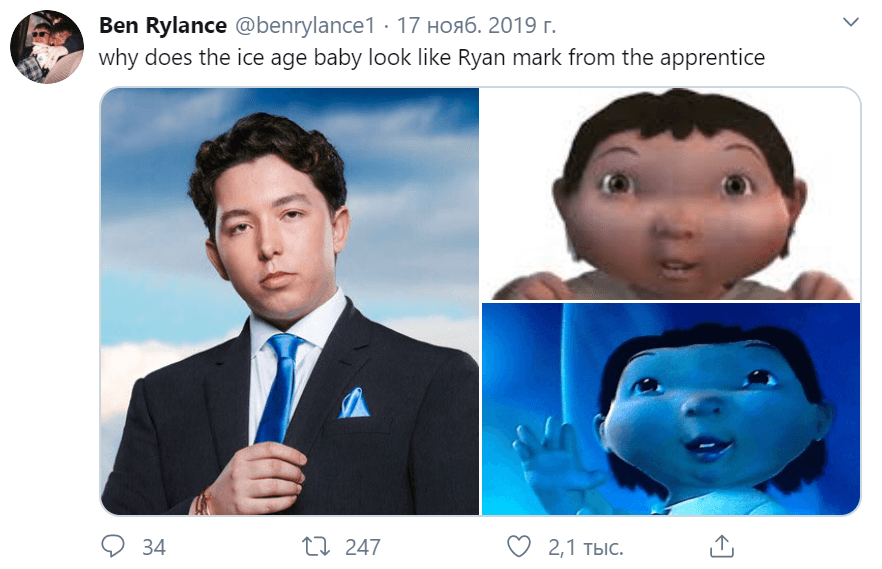 Large-scale force began in January 2020th. It all started with @ Kein68Mistker. He attached a frame with a child and wrote: “RT if you’d beat the shit out of the baby from Ice Age”. 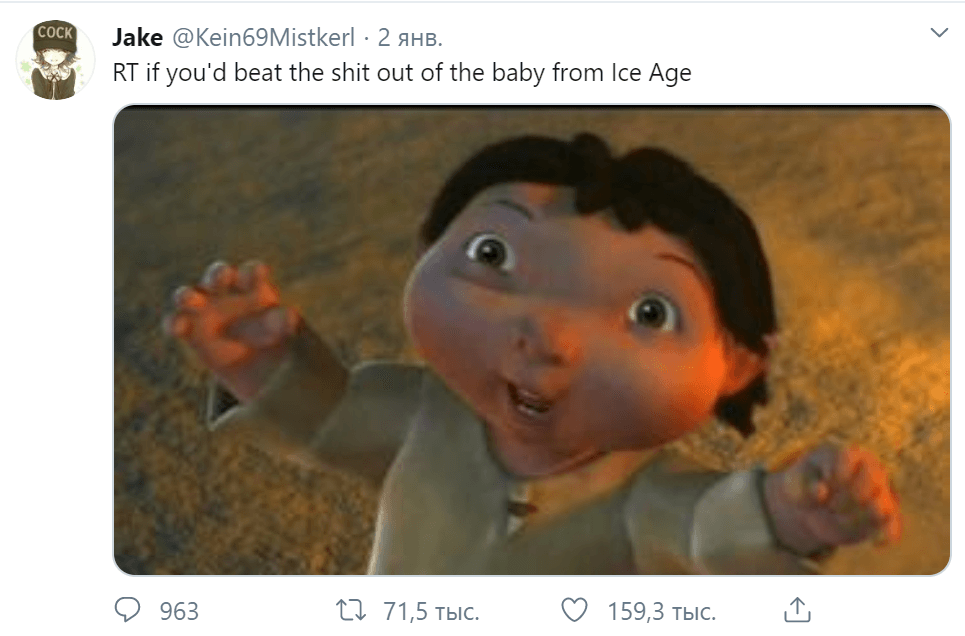 Within a month, the distribution of memes about Roshan continued in English-language social networks. Moreover, they were all ironically aggressive. For some reason, the authors of jokes disliked the character and began to wish him death. 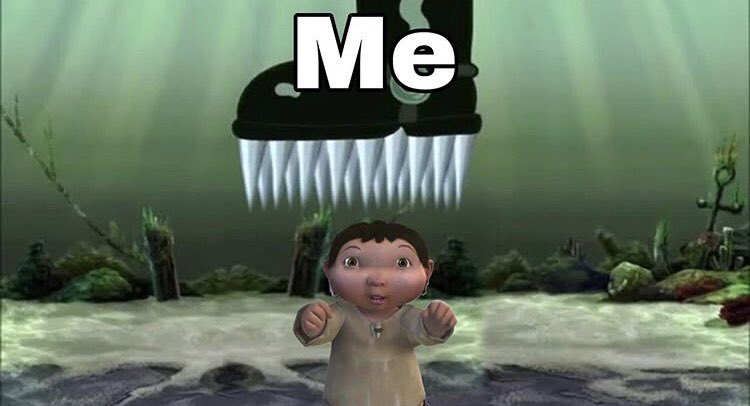 On January 7th, the cheekygosling editor created one of the canonical pictures . It was a typical meme-advise with the inscription Cringe Ass Ice Age Baby. 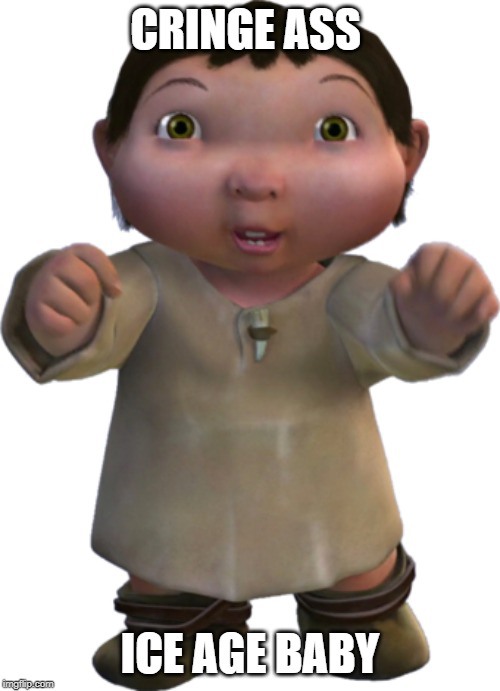 In the following days, the trend intensified. Dozens of compilations and video navels dedicated to the little Neanderthal appeared on YouTube.

In mid-February, the Roshan meme reached its peak of popularity. About him even reviewed the blogger PewDiePie.

Why everybody hates Ice Age Baby?

The main message of all memes about Roshan is that it is a terrible and dangerous creature. But why this is so is not exactly known. Many attribute this to the growth of the boy. According to the IceAge Wiki website, the Neanderthal’s height is 6.1 feet (almost 186 centimeters). So, at his young age, the character reached sizes above the average modern man.

Most likely, the force of fear and hatred for Roshan is not connected with anything. But many continue to search and find hidden meanings in this meme. For example, the connection with “Dota”, which is often traced in memes. The fact is that in the game there is a character named Roshan – a rather powerful monster. Therefore, in jokes every now and then flicker references to the legendary game.

…me reading this while I kill Roshan…