Reddit users are seriously discussing plans to buy the island and declare the state of Memeland on it. The dissemination of the idea, of course, is done through memes.

In early April 2021, the r / Reddit_Island section appeared on Reddit. Its members are discussing the possibility of buying one or more islands. On these islands, they want to establish an independent nation called Memeland. People see Elon Musk as the future president.

The first idea of ​​buying an island for redditors appeared back in 2010. But over the 5 years of its existence, the r / redditisland subreddit has gained only 6.6 thousand participants. The idea remained an idea.

On April 30, 2021, redditor u / MrNoName_ishere decided to resume discussions on the plan. He posted a meme with the provocative caption, “I bet you won’t to do it” The post got over 30 thousand likes and launched another crazy flash mob. 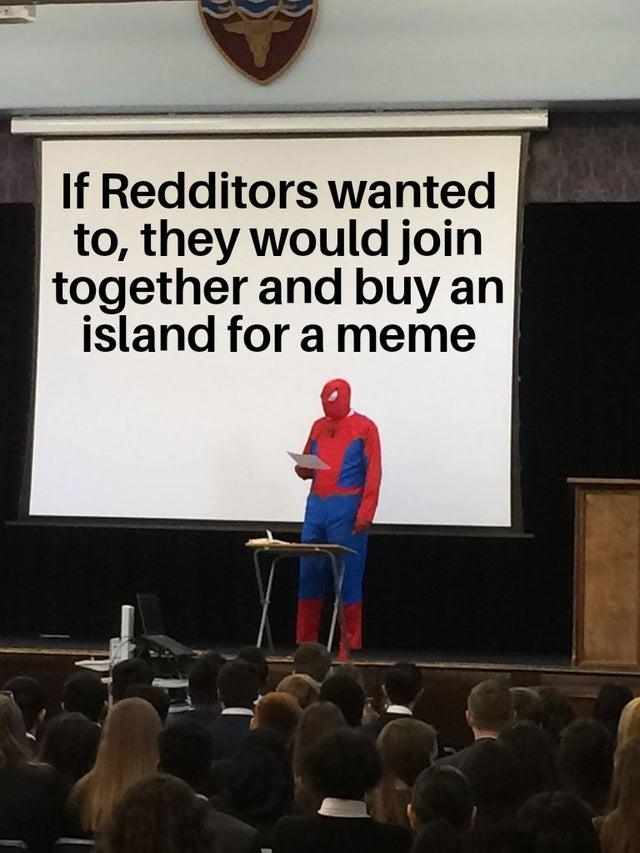 At first, people reposted the meme and discussed the idea on various subreddits. On May 1, u / MrNoName_ishere posted another provocation. This is a stylized picture of a news outlet that says the redditors are buying the island. 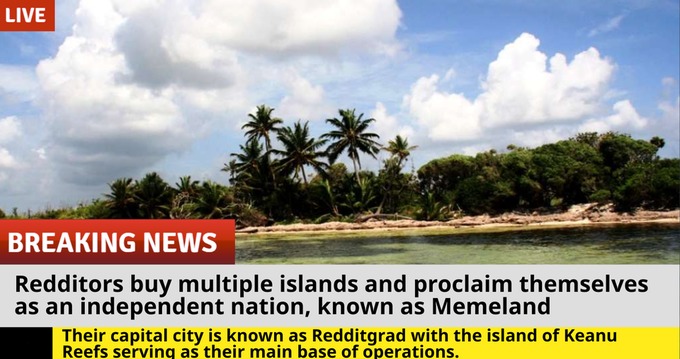 The Breaking News-style picture went viral too. On the same day, the r / Reddit_Island section was opened on Reddit. In a couple of days, it attracted more than 26 thousand participants. Now all discussions of the plan are being conducted there.

Many redditors picked up an unusual idea and began to rivet memes about the island. There was even an idea to contact Elon Musk to sponsor the project. The most desperate saw the future president of Memeland in the head of SpaceX. 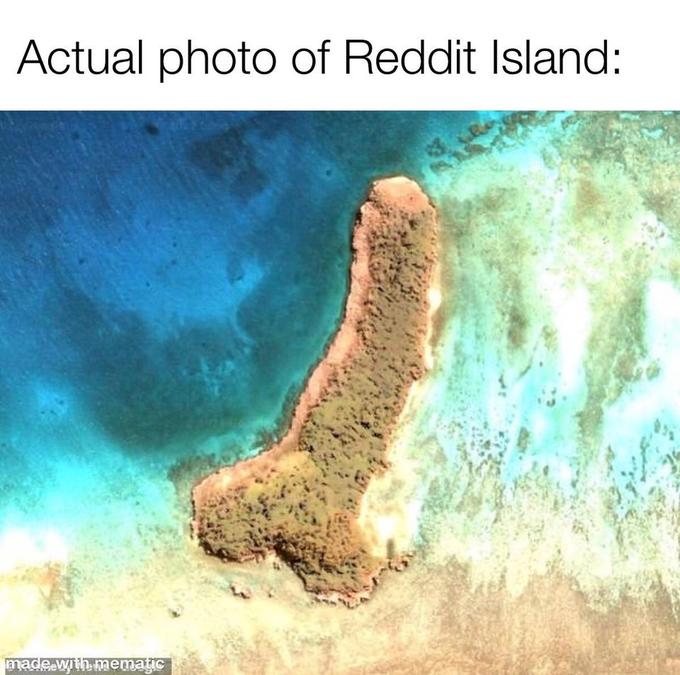 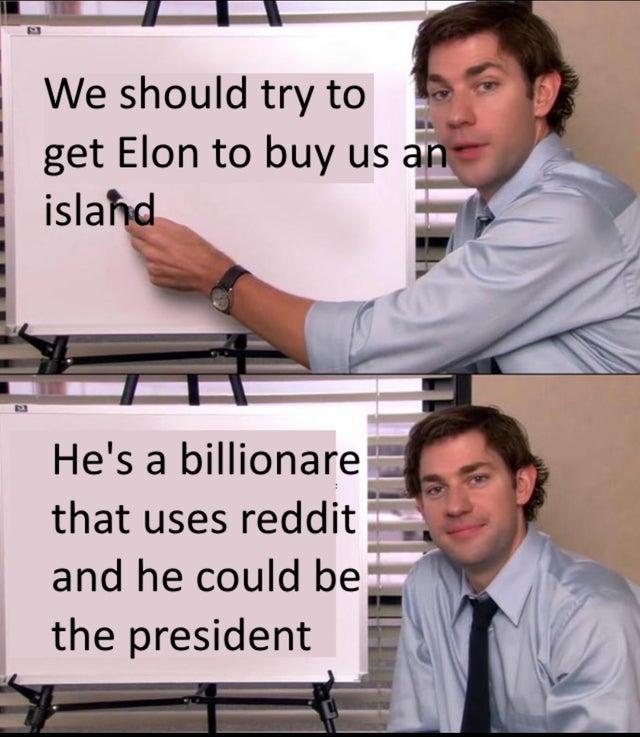 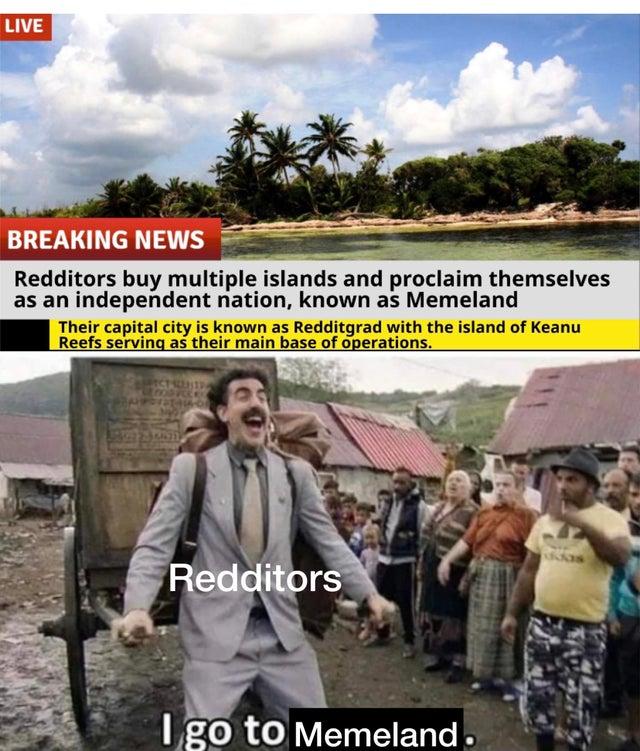 On May 4, 2021, the official website dedicated to the large-scale project was launched. But for now it is empty and leads to a thematic subreddit.

Not everyone is blindly supporting the project. People began to suspect that the flash mob could be used by scammers. After all, the implementation of the idea will require a collection of donations. In this regard, the moderator r / Reddit_Island has published a manifest. There he said that the project is still at an early stage. And the fundraising is not planned yet.

The trend is gradually spreading to other sites. But there they are not so positive about the idea. For example, iFunny posted a meme with a proposal to name the island for redditors Virgin Island. 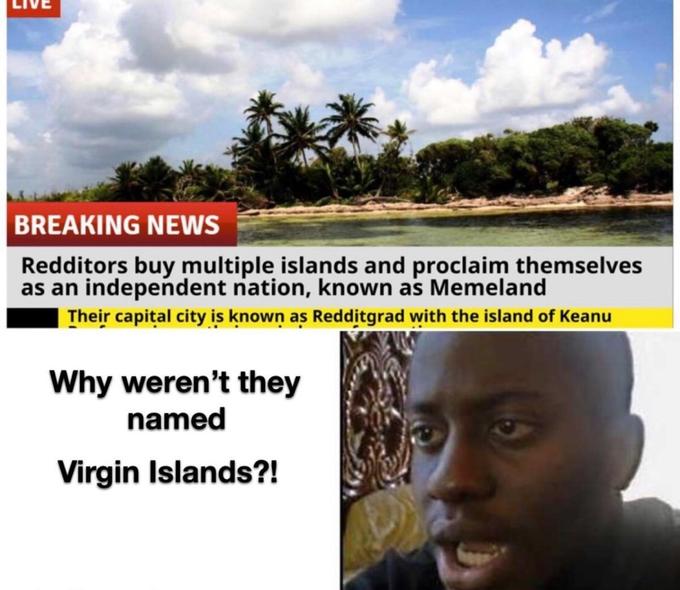 Anyway, many crazy projects start on Reddit with one joke or one meme. And then they successfully reach implementation. Two striking examples can be recalled: the “Area 51 Storm” and the “Josh battle”.