What if we used 100% of the brain? – is a three-paneled meme reffering to a scene from the movie “Lucy” with Morgan Freeman. The meme ironically illustrates people who use 100 percent of their brain.

Origin of What if we used 100% of the brain meme

The footages that has become a meme, taken from the film “Lucy” (2014) of Luc Besson. In the scene, the scientist Norman (played by Morgan Freeman) tells the audience about the possibilities of the human brain. To the question “What if we used 100% of the brain?” Norman thoughtfully replies: “I have no idea”.

On January 2019th this scene became a meme. It first appeared on January 12th on Reddit. User Kingcosmore posted a picture consisting of three panels. The first one is a frame with a guy with glasses who asks “What if We Used 100% of the Brain?” The second shows a brooding Freeman. And the third panel is a photo of a man who mows a lawn with the help of four interlinked lawn mowers. 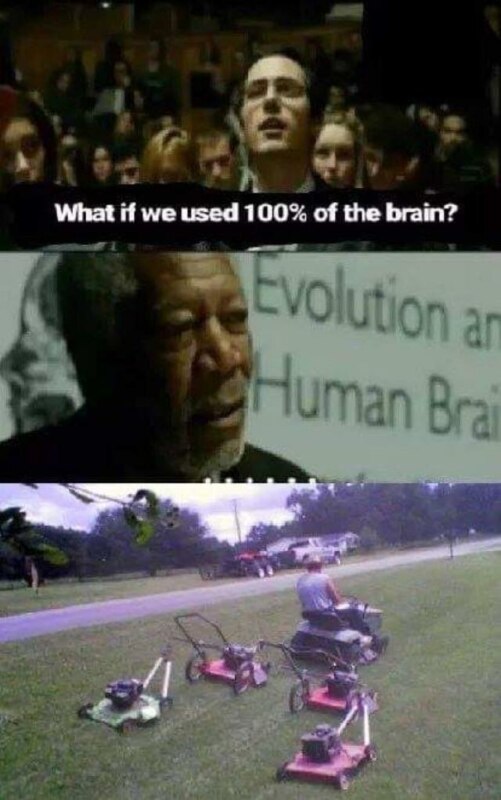 The next day, the template was published in the r/MemeEconomy. Users began to offer their own options for what people who use their brain 100 percent might look like.

Meaning of What if we used 100% of the brain meme

The meme about people who use 100% of thebrain ironically makes fun of various life hacks. Most of them are absolutely meaningless and absurd. In this point, the meme about the capabilities of the brain is identical to another meme – “Expanding Brain”. 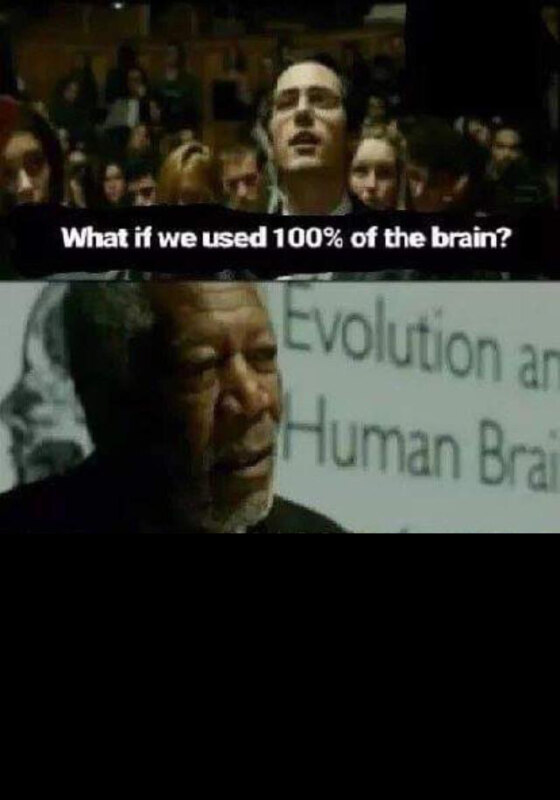