Surprised Joey (Shocked Joey) – is a meme with the character Joey Tribbiani from the series “Friends”, who is surprised with a characteristic expression on his face to something. In the direction where Joey is looking, they usually mock the object of surprise.

The picture with a surprised Joey (actor Matt LeBlanc) is taken from episode 2 of the season 8 of the sitcom Friends. In the story, friends are trying to find out from whom Rachel became pregnant. The child’s father left a red sweater, friends thought it was the clothes of Rachel Ted’s ex-boyfriend. But in the end, everyone realized that the sweater belongs to Ross. It was because of this that Joey was so surprised.

The last series of “Friends” was aired on May 6, 2004, but the series continues to be popular and attract new fans. Meme with a surprised Joey appeared on the website “Risovach” in 2013 and since then quite often skips in different public places.

In mid-2019, the meme again became relevant. He began to force on Reddit in a new format. This is a four-panel picture: in the first part, Joey laughs, in the second – he opens his eyes wide. Next to the frames is a text description of the situation.

It all started with the post of redirector George2110 on August 10. He combined two similar frames with Joey. 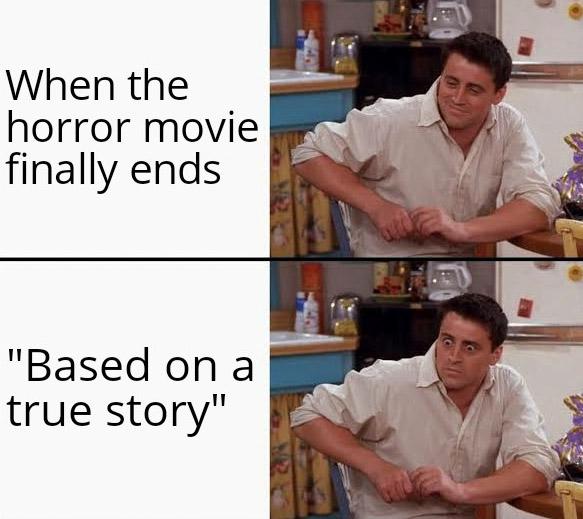 The meme in this form became popular and reached its peak at the end of 2019.

The “Surprised Joey” meme is used in situations where a person is greatly shocked by something. The object of surprise may be on Joe’s line of sight, or simply described in letters next to the meme.

A four-panel meme with shots from the series shows situations when a person first sees something pleasant, but then suddenly learns terrifying details. 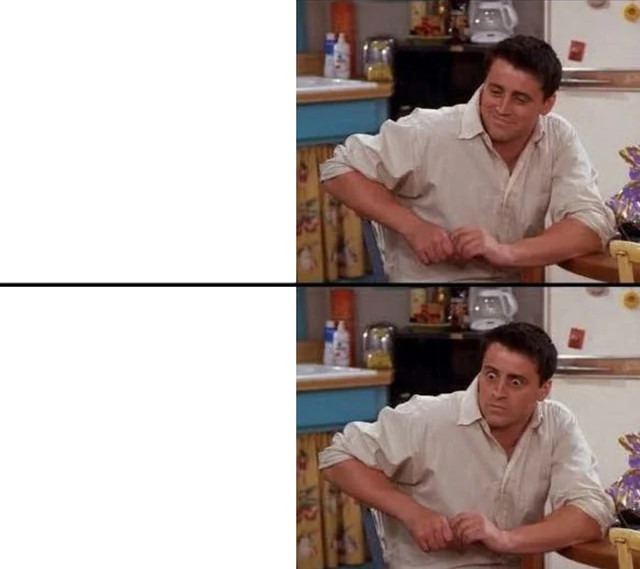 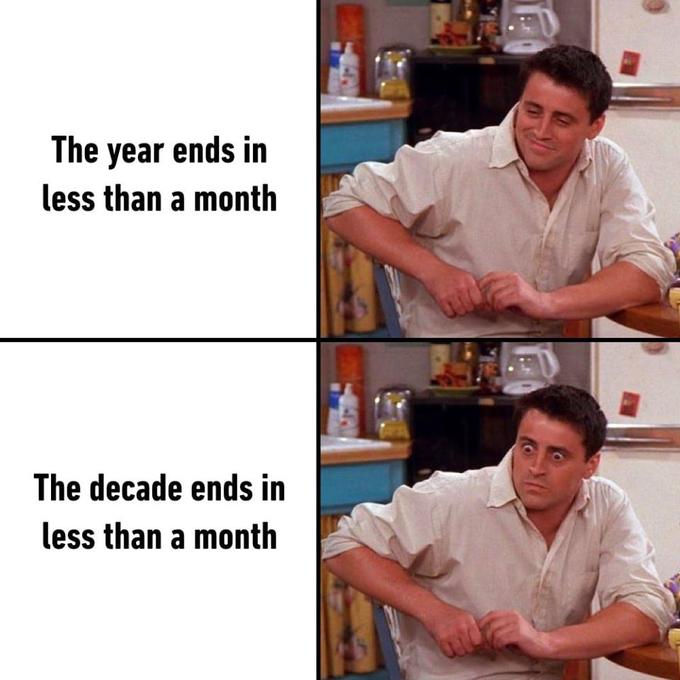