World Record Egg’s instagram account published a new picture. Two weeks ago, the egg began to crack, and everyone thought that someone would hatch from it. But that did not happen. Today new post revealed advertisement of streaming service Hulu. 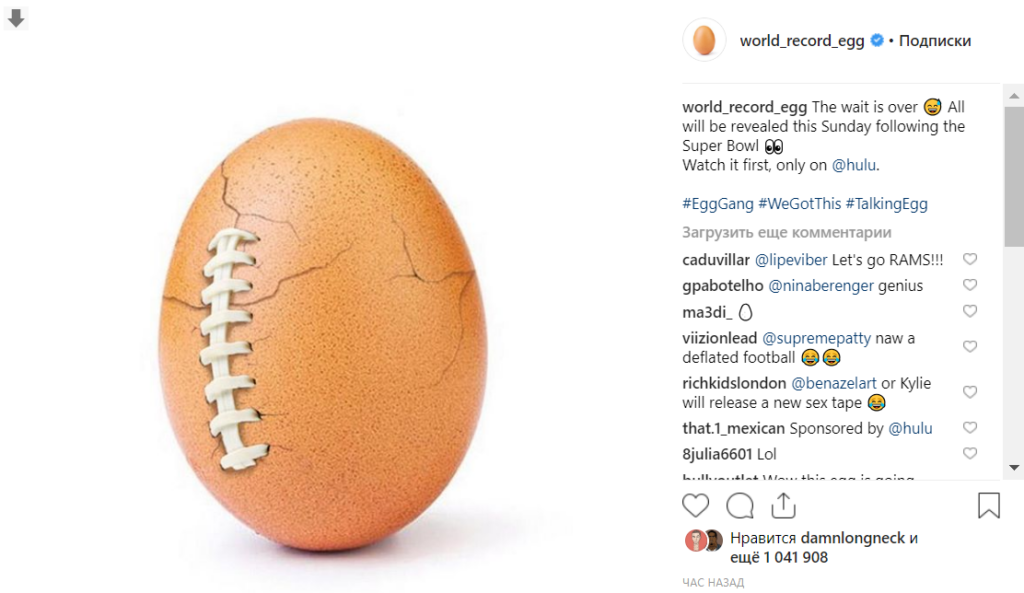 The wait is over ? All will be revealed this Sunday following the Super Bowl ?
Watch it first, only on @hulu.

Yes, the world record egg advertised the Hulu streaming service, which is considered one of Netflix’s competitors. As stated in post, the details of the story will be revealed during the Super Bowl. 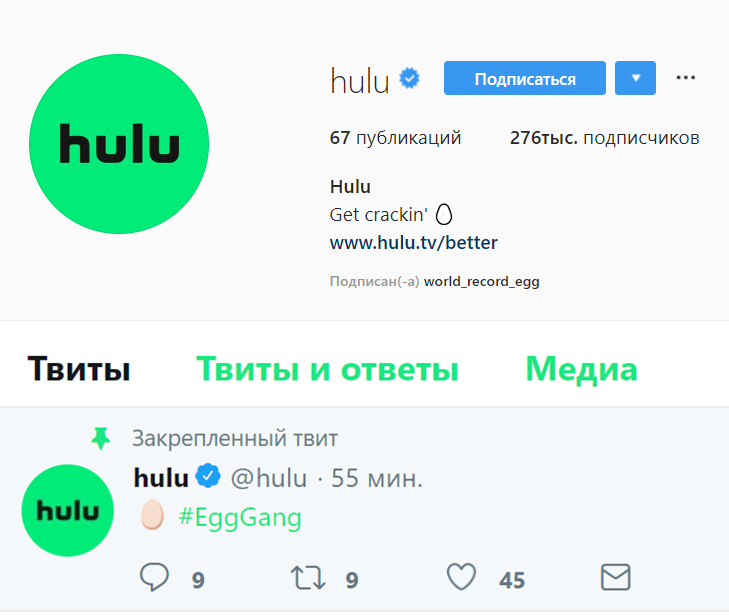