Keanu Reeves can rightfully be considered the main person of 2019. This is where the memers who did not forget his triumphant appearance at the presentation of Cyberpunk 2077. After 5 months, the actor made a splash again, appearing for only a few seconds in the trailer for the Sponge Bob movie.

On November 14th, 2019, Paramount Studios presented the trailer for The SpongeBob Movie: Sponge on the Run. To everyone’s surprise, a real (and not painted) Keanu Reeves appeared in it. Even one actor’s head was enough to cause general jubilation.

Reeves in the SpongeBob will play the wise Tumbleweed named Sage. Just a couple of replicas from the trailer turned out to be enough for memers to start the conveyor.

In the first hours after the premiere of the trailer, a wave of delighted posts passed. Users did not stint on emotions. 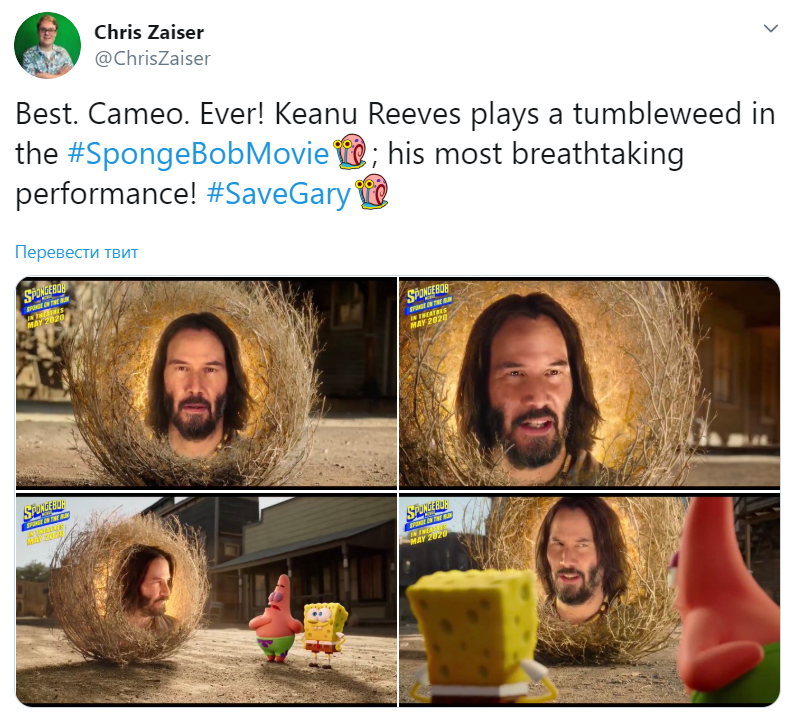 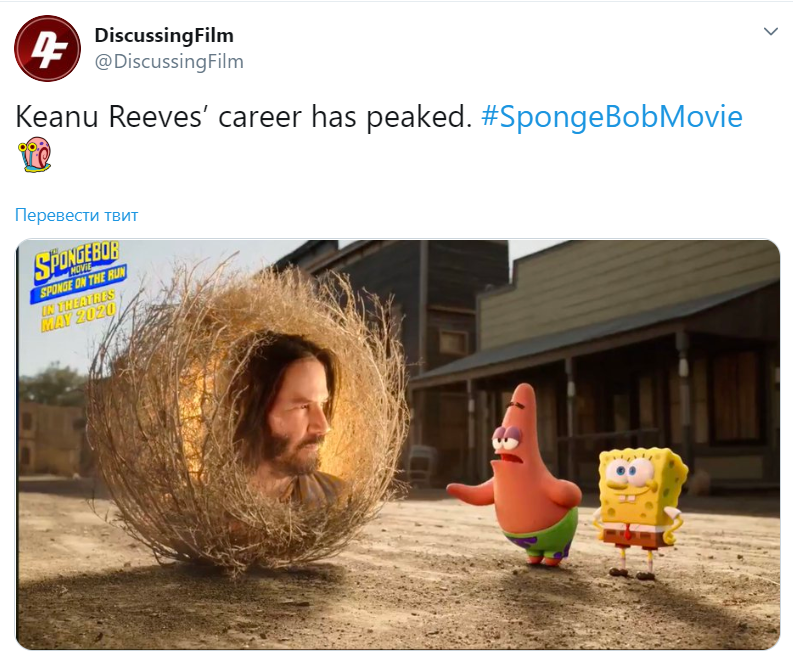 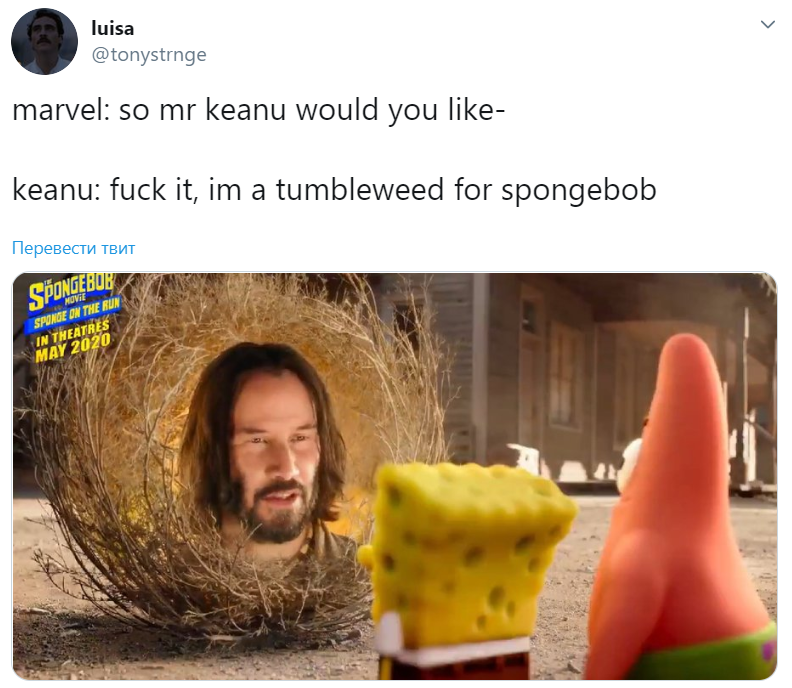 Most fans agreed that Keanu Reeves can already be considered the person of the year. Think for yourself: the new “John Wick”, the game Cyberpunk 2077, the announcement of the new “The Adventures of Bill and Ted”, the voice acting of Duke Kaboom in “Toy Story 4”. And for the first time in 10 years, Keanu got a girlfriend – she was discussed on the entire Internet. 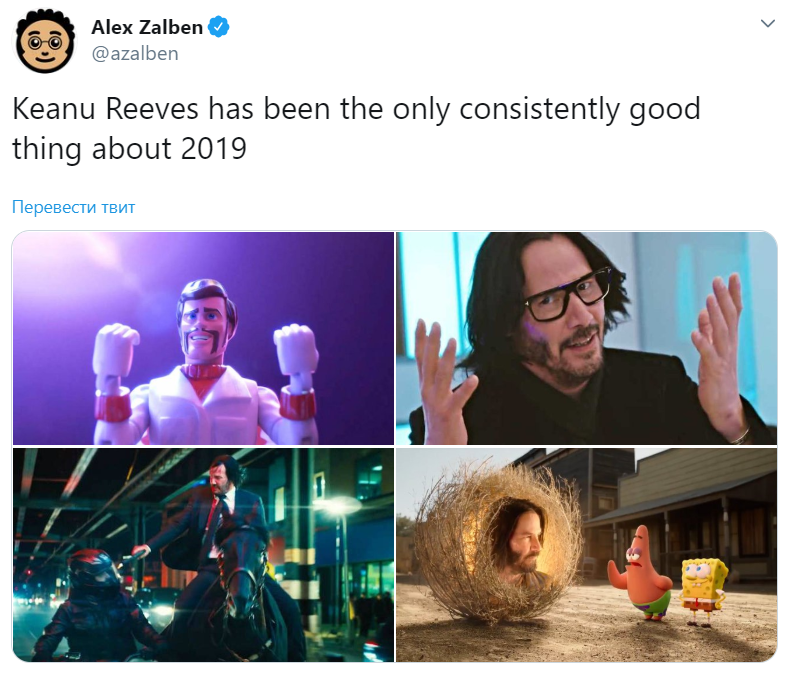 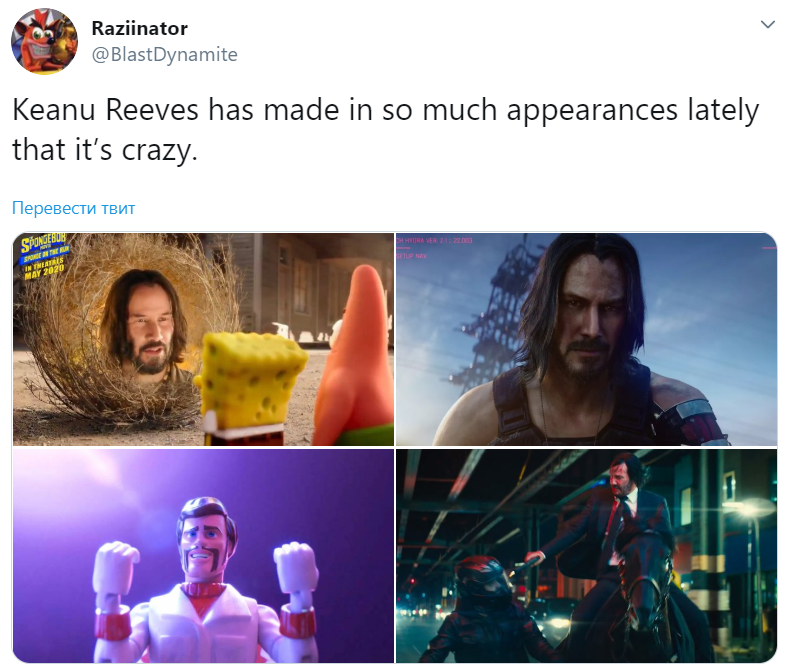 By the way, Reeves’ appearance in SpongeBob is not accidental. An employee of one of the hotels where Keanu lived told once that the actor spent evenings watching the animated series. 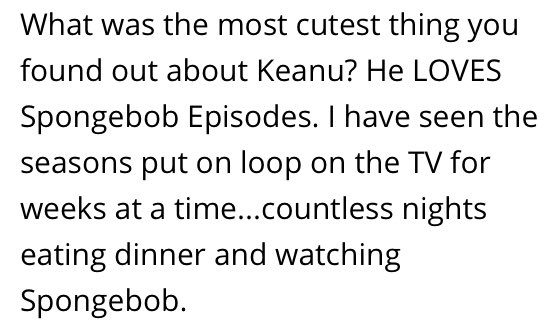 Shots with Keanu Reeves in the image of Tumbleweed quickly pulled into memes. For several hours, Reddit was filled with diverse types of pictures. 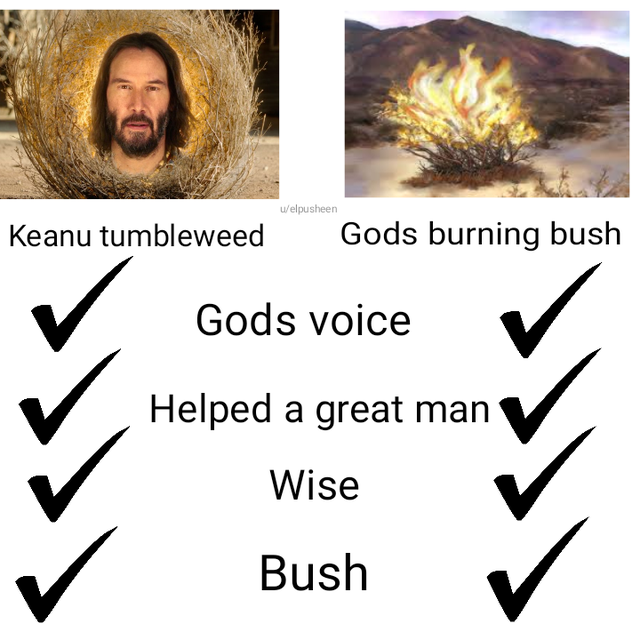 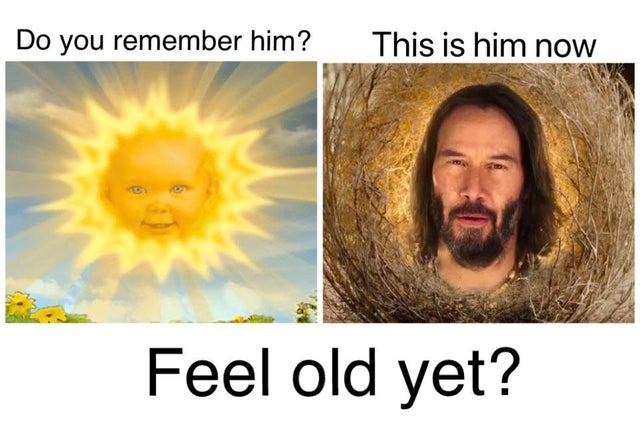 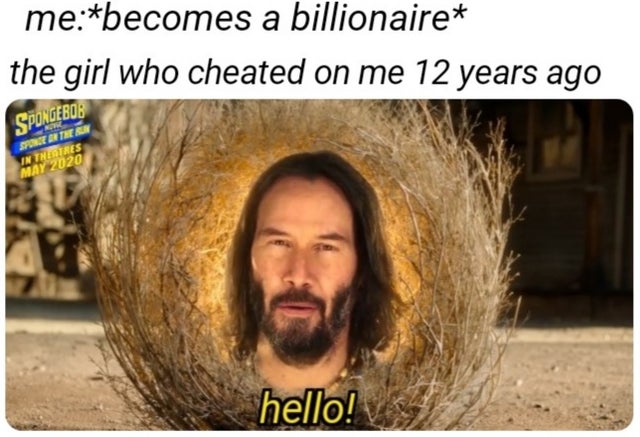