Elon Musk with a gun (Elon Musk meme review) – is a meme refers to an exploitable photo of Elon Musk holding a huge gun in his hands. Image became popular because of the caption, in which Musk asked PewDiePie to host a meme review show.

Origin of Elon Musk with a gun meme

On January 27th, 2019, Elon Mask tweeted a photo on which he stands tall and holds a huge gun in his hands. It is not known exactly what this weapon is, but users have suggested that it is a flamethrower. However, it does not look like a non-flamethrower, released by Boring Company. 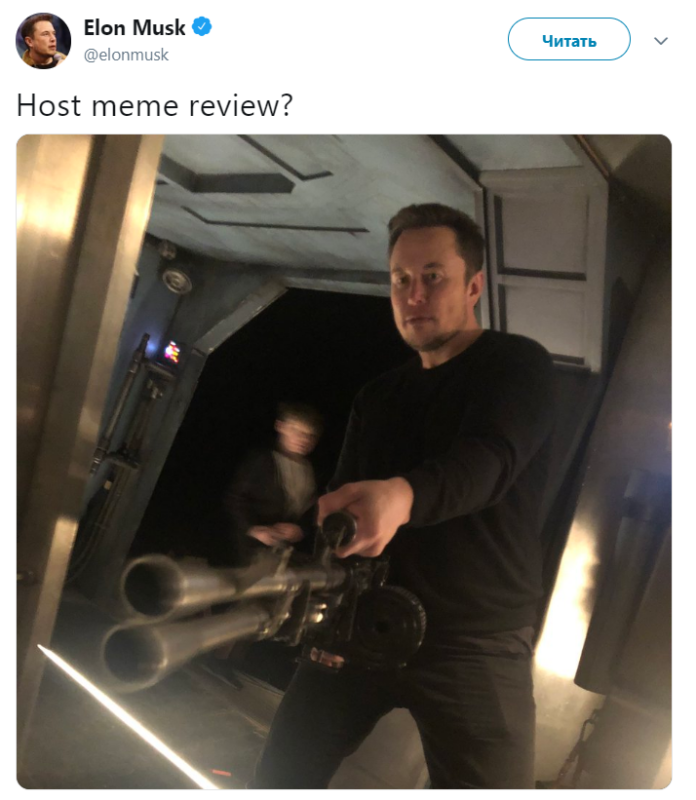 Musk posted a photo with the caption: “Host meme review?” This is the show of the most popular youtuber PewDiePie, which often makes videos with an overview of Internet memes.

Musk’s post attracted the attention of users. Memes and photobombs based on the epic frame began to appear in replies.

While people were making memes, PewDiePie himself reacted to the tweet. He retweeted Musk and captioned: “Dont shoot. Please host. We need this” 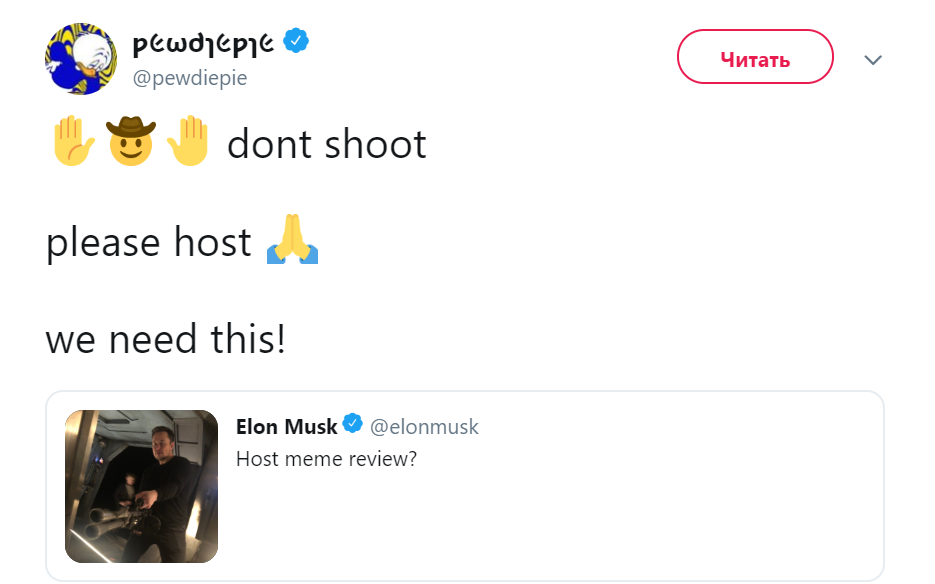 Appealing to PewDiePie may be associated with a large-scale campaign to attract subscribers to the PewDiePie’s channel. He is struggling with the T-Series channel for the status of the most popular YouTuber.

Meaning of Elon Musk with a gun meme

Photo of Elon Musk, holding a big gun in his hands, has become an excellent template for photobombs and memes of different varieties. As a rule, users replace weapons with something else. In some versions, Musk with a gun is placed in a different setting, or even Elon’s face is replaced by someone else. 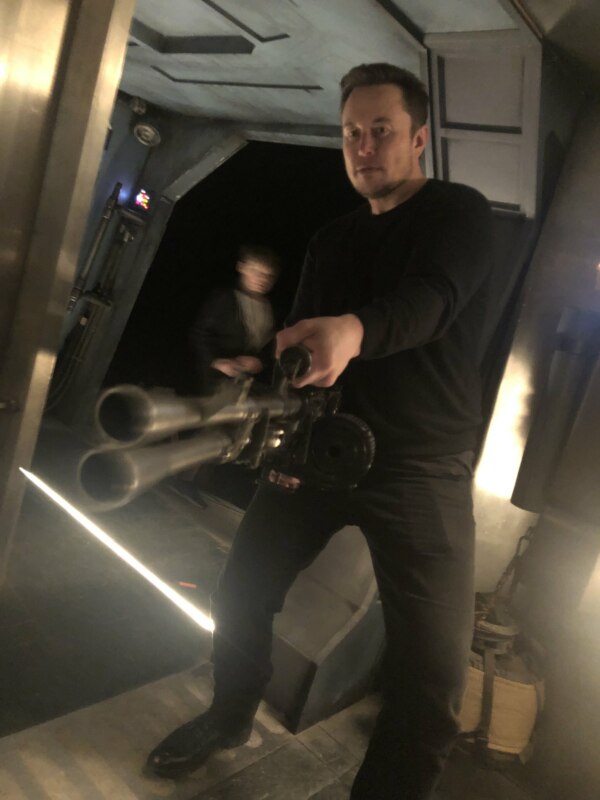