Donald Trump’s supporters staged the storming of the Capitol, where the results of the presidential elections were approved. Several dozen people broke into the building, the legislators were evacuated. The extraordinary event received wide coverage on social networks, and some of the participants in the assault became heroes of memes.

It all started with the rally “March to Save America”, which was organized by Donald Trump on January 6, 2020. The former US president, who disagreed on the election results, called on his supporters to go to the Capitol.

A group of demonstrators first stood at the gate of the building, but then they managed to break through. Clashes began with the police. During them, according to preliminary data, 4 people were killed. 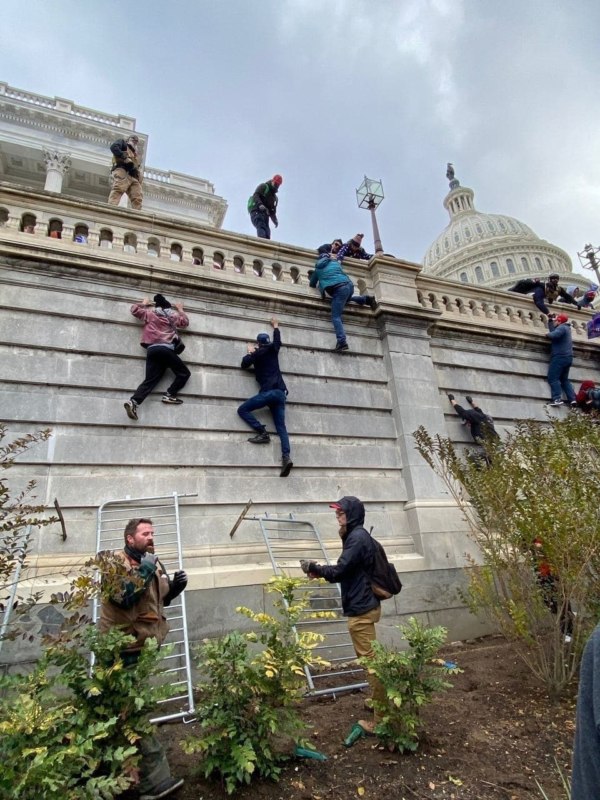 Several dozen people broke into the Capitol and began to walk there, spoil property and take selfies. The legislators had to be evacuated, the meeting was suspended.

The rally got out of control. Trump on Twitter urged the protesters to disperse. And President-elect Joe Biden called what was happening a rebellion. As a result, the assault was suppressed, and the meeting continued. On the morning of January 7, the US Congress finally approved the election of Biden as president.

The infiltration of demonstrators into the Capitol was featured in numerous photos. Many protesters took selfies themselves. Not without vandalism.

Someone managed to take a picture of Nancy Pelosi, the Speaker of the US House of Representatives, on a computer. The snapshot went viral on Twitter and went viral on memes. 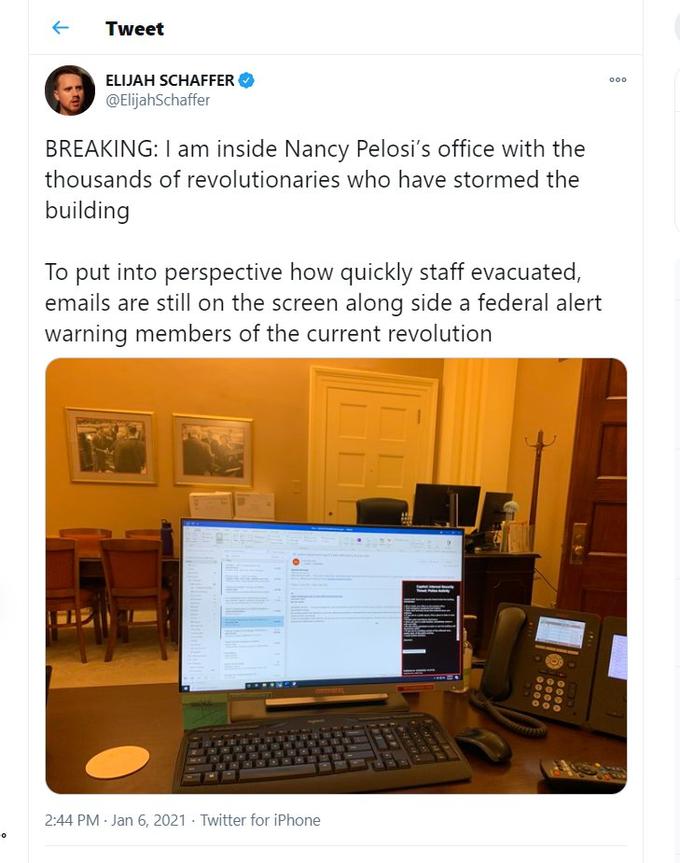 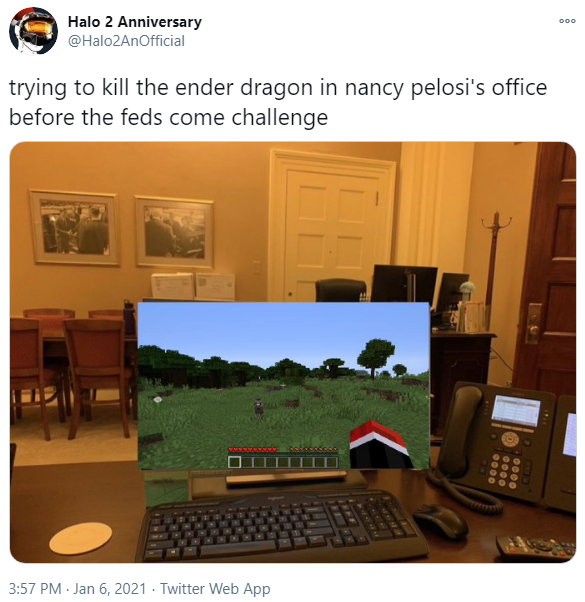 Also viral were the footage of protesters who were photographed behind the stands of the Senate or in chairs. 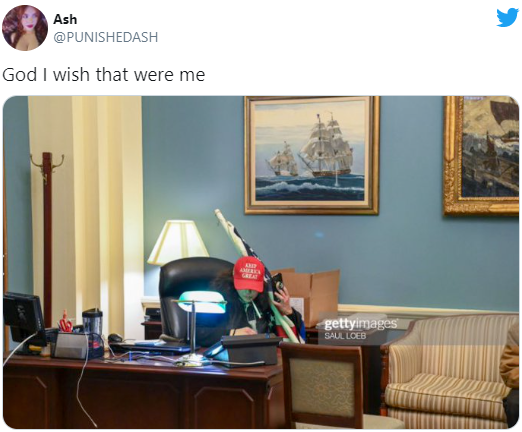 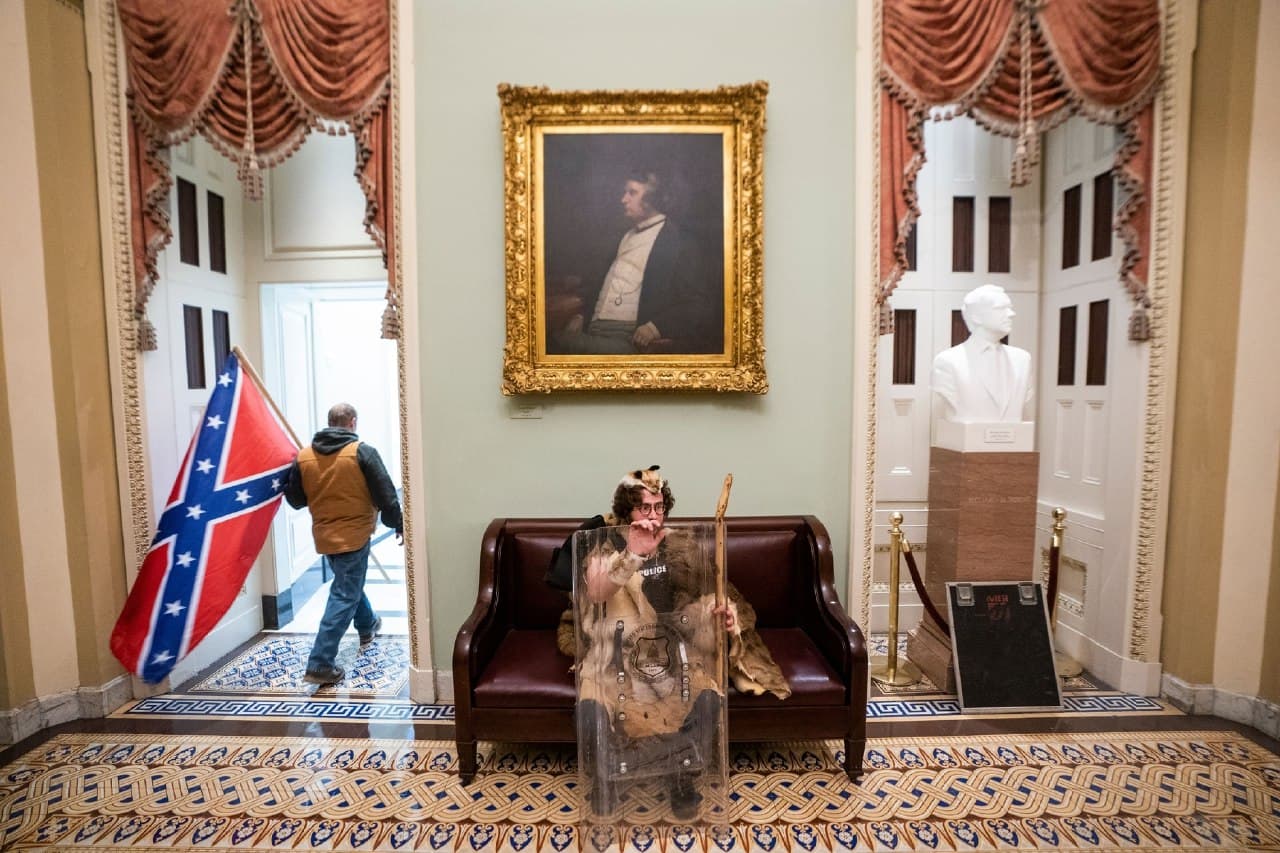 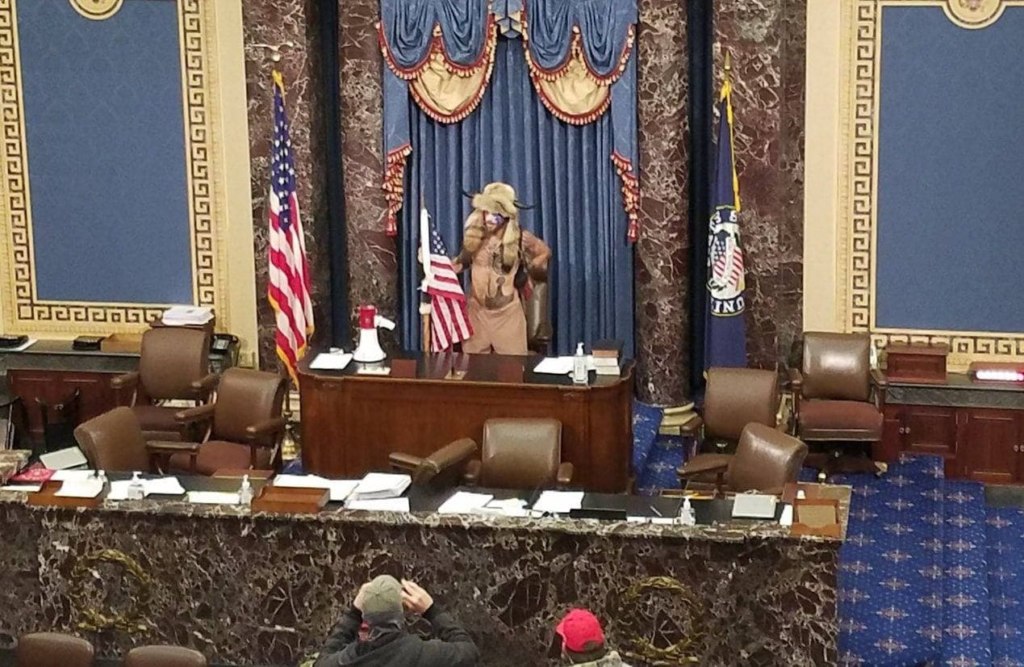 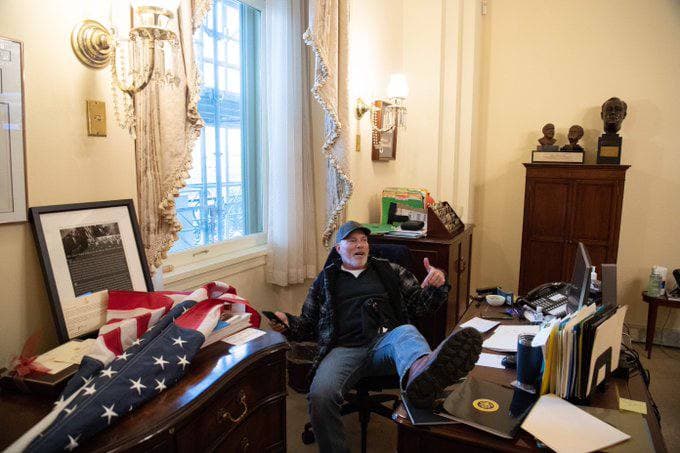 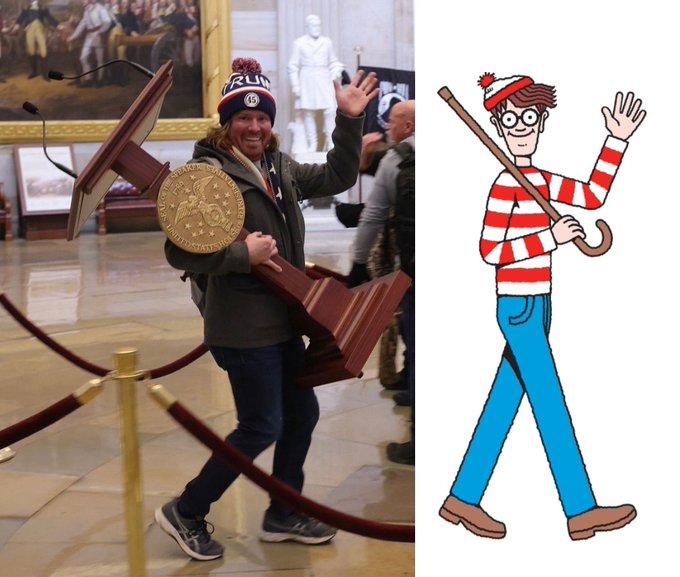 The most prominent participant in the assault was a man in the guise of a Viking. A man in a fur hat with horns featured in dozens of photographs. Due to his unusual appearance, he became a darling of social networks and got on many memes. 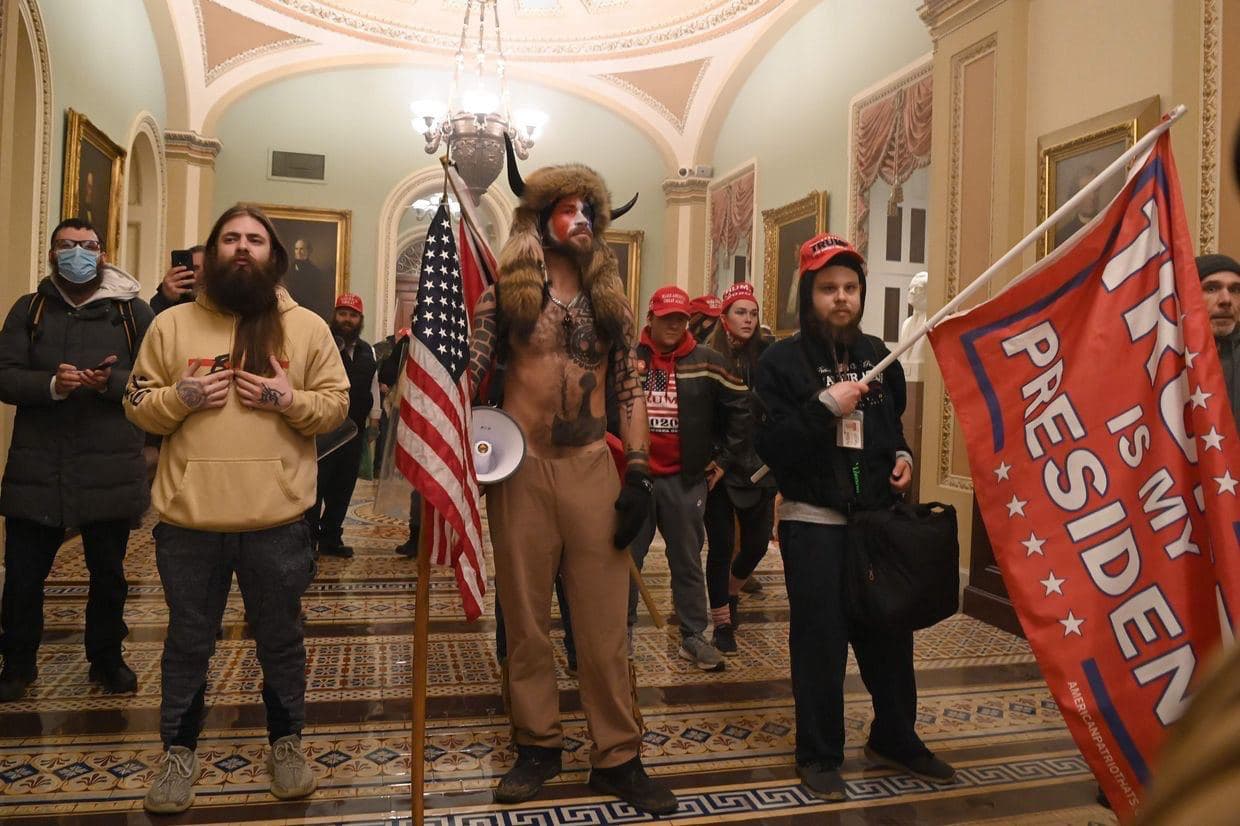 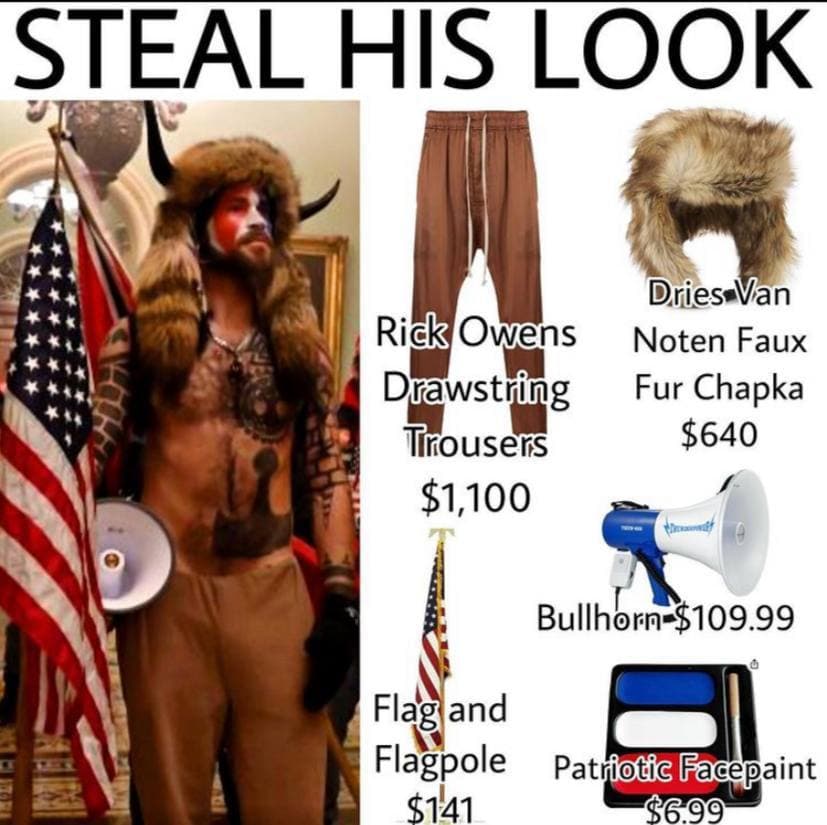 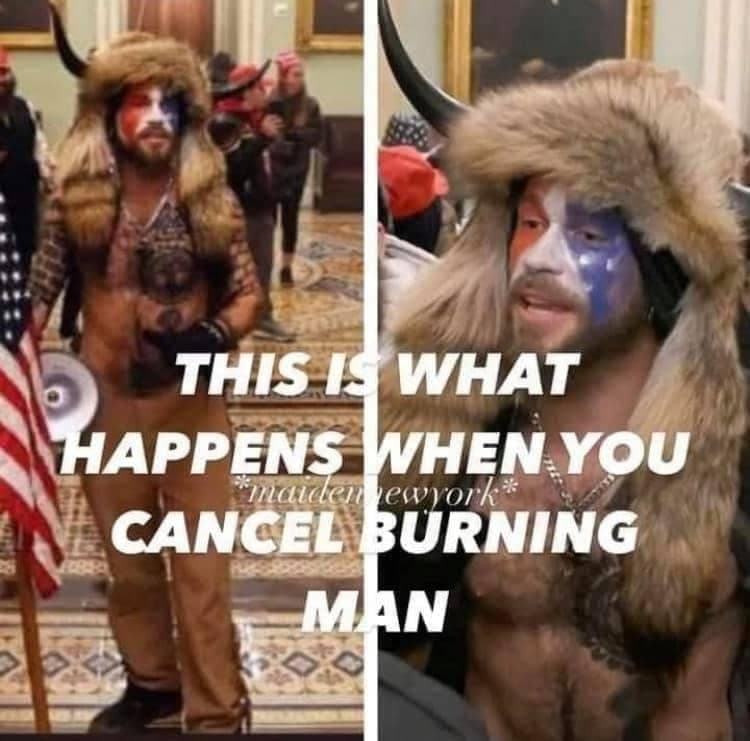 The man was quickly identified. This is Jake Angeli, 32, also known as Q Shaman. He is a former actor and follower of the far-right QAnon movement.

Jake describes himself as an ardent supporter of Trump. He’s a rally freak and a fan of incredible conspiracy theories. For example, he denies the existence of the coronavirus and believes that American liberals drink the blood of children. 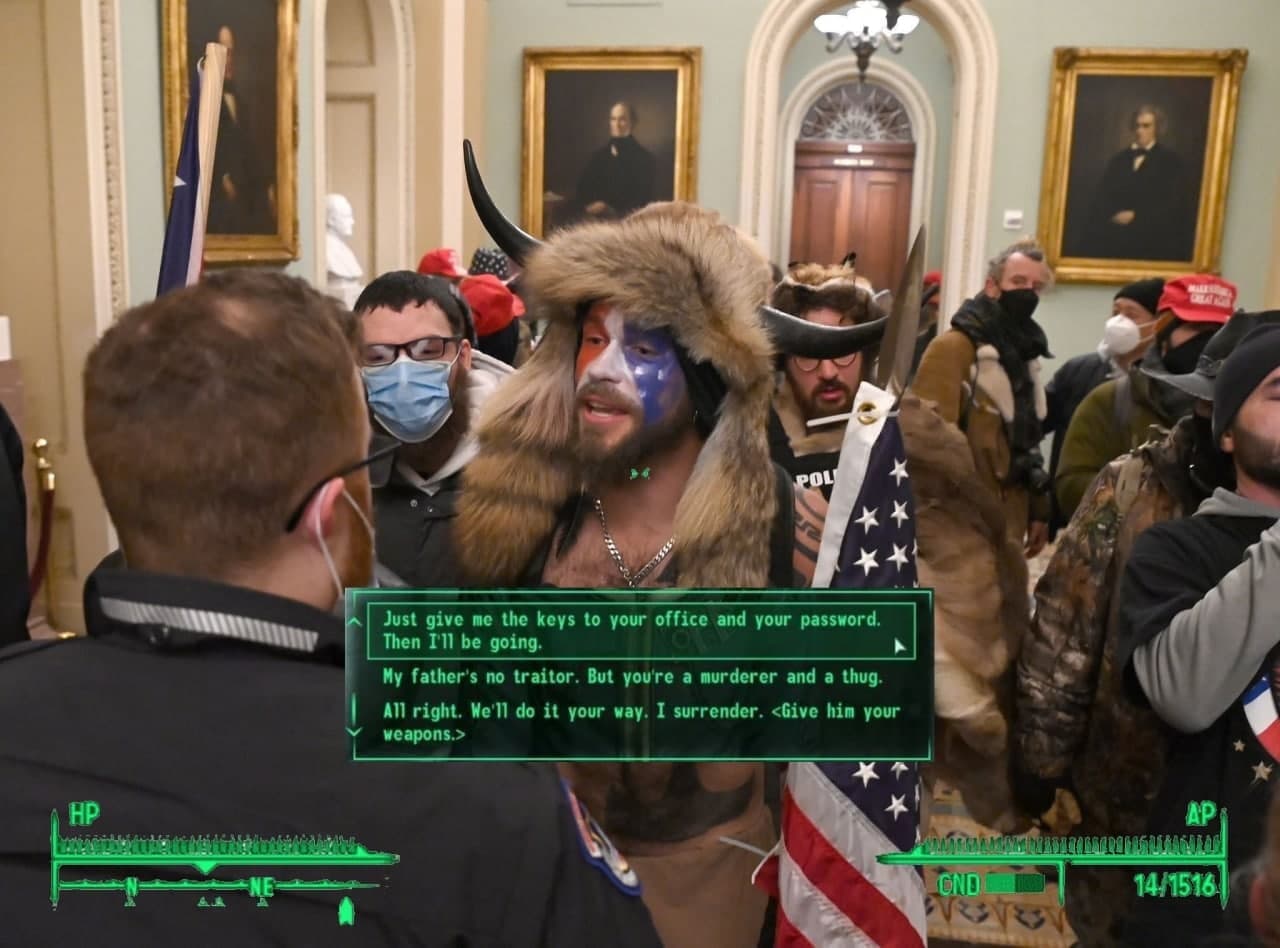 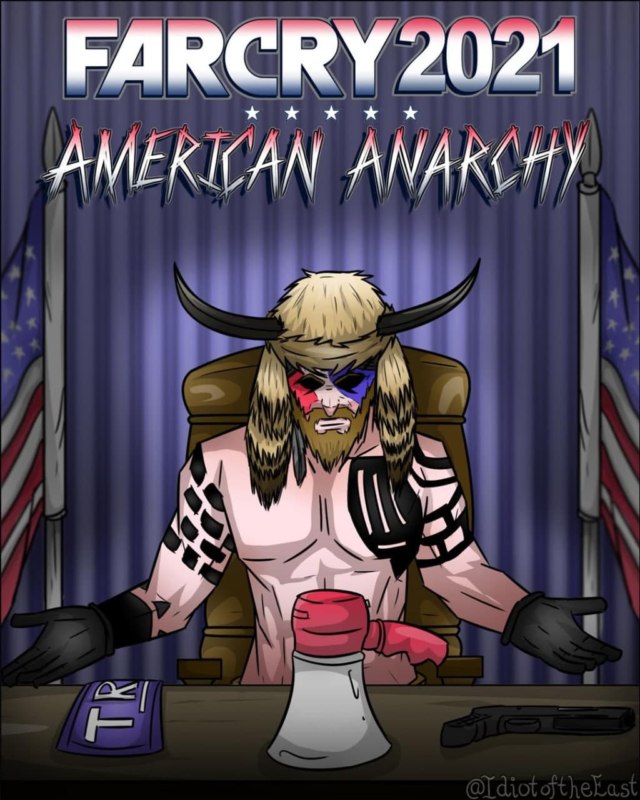 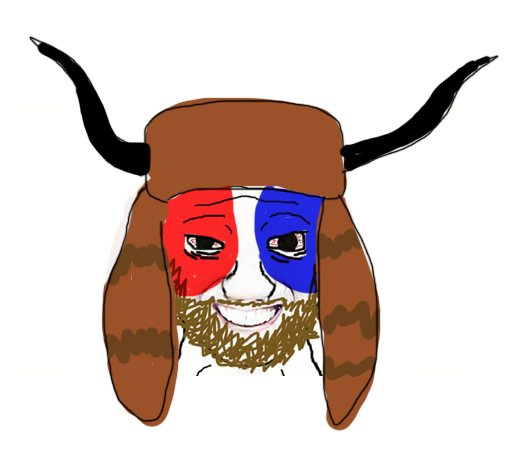 In general, 2021 continued the tradition of its predecessor. And this, too, was happily picked up by meme lovers. 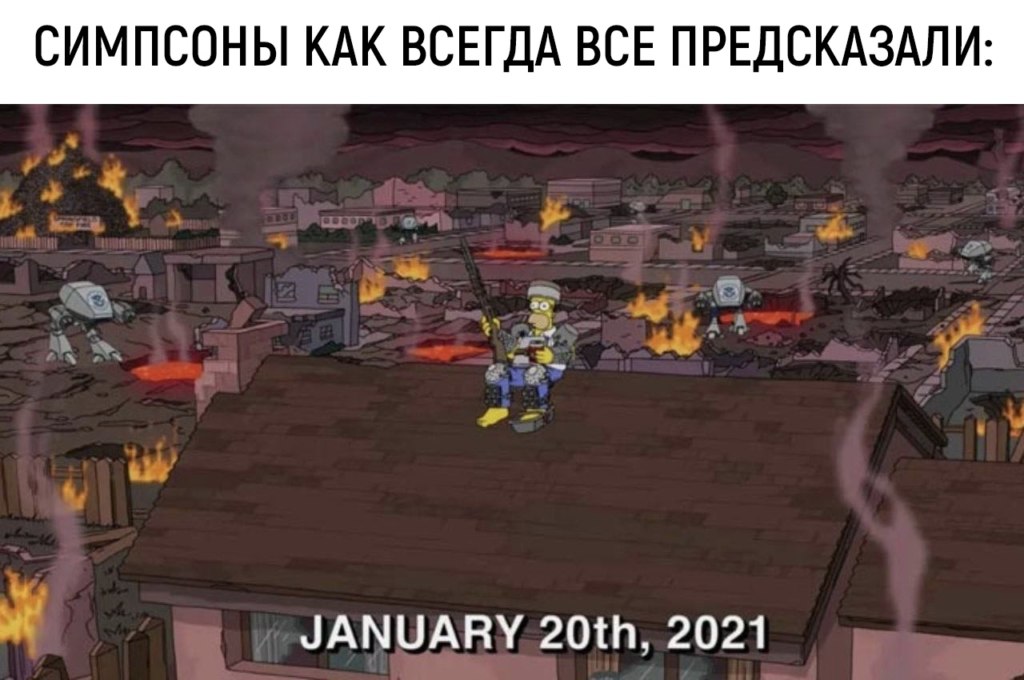 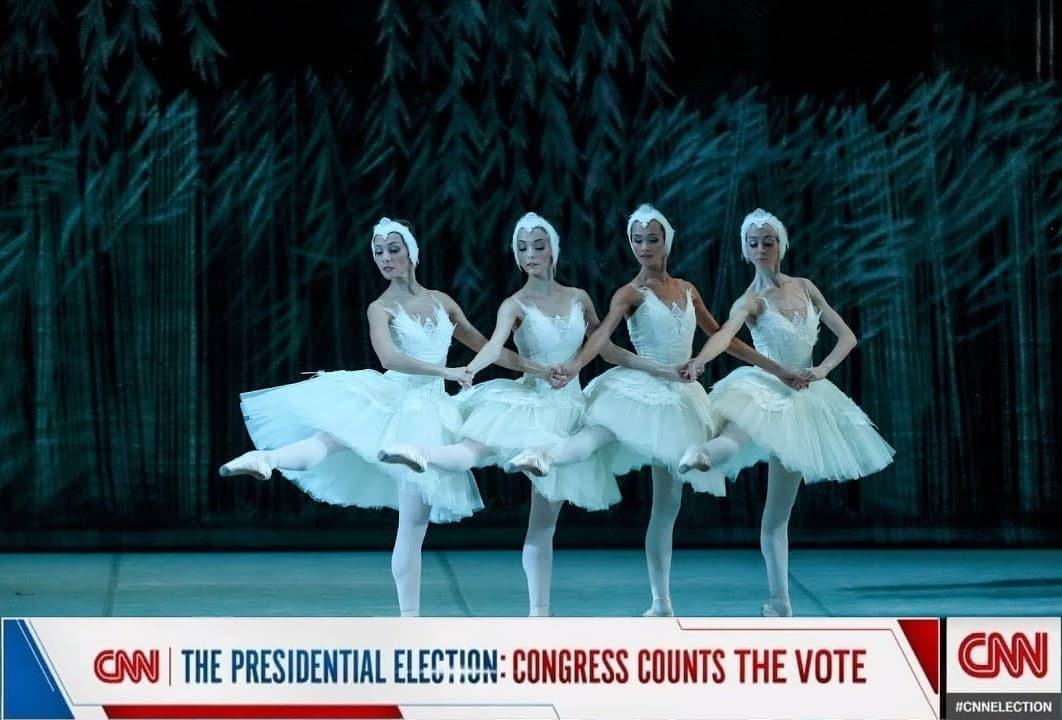 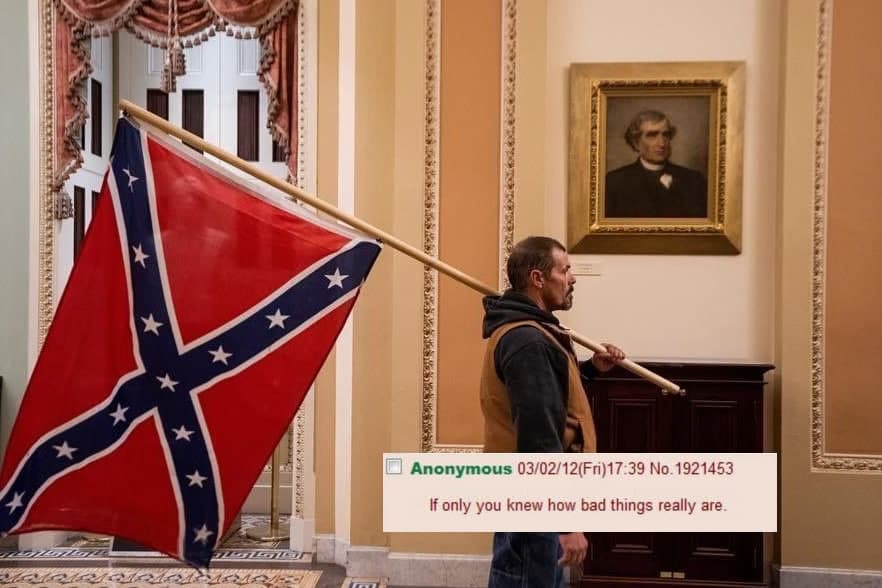 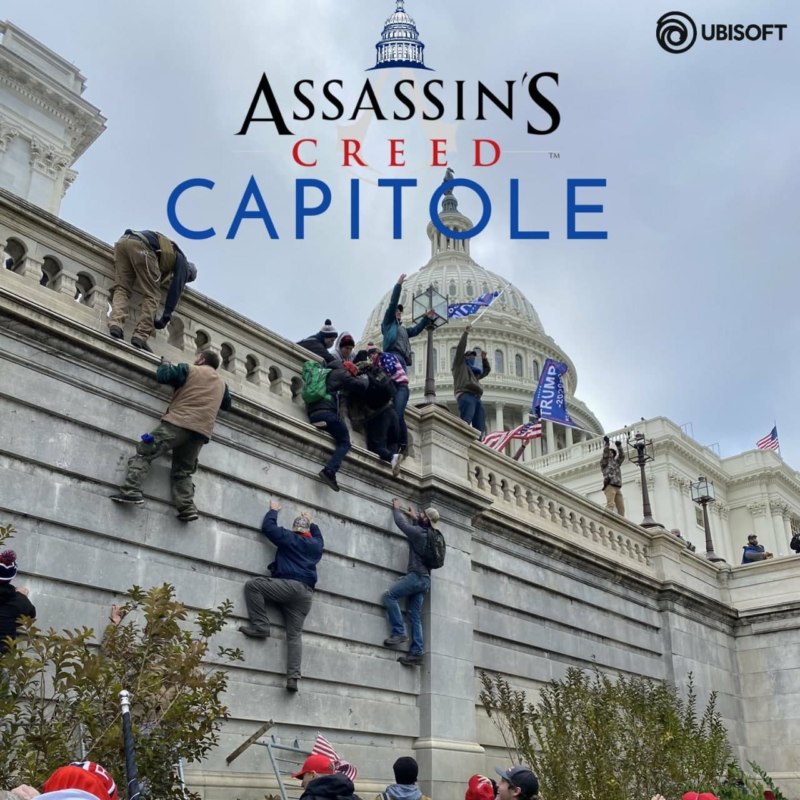 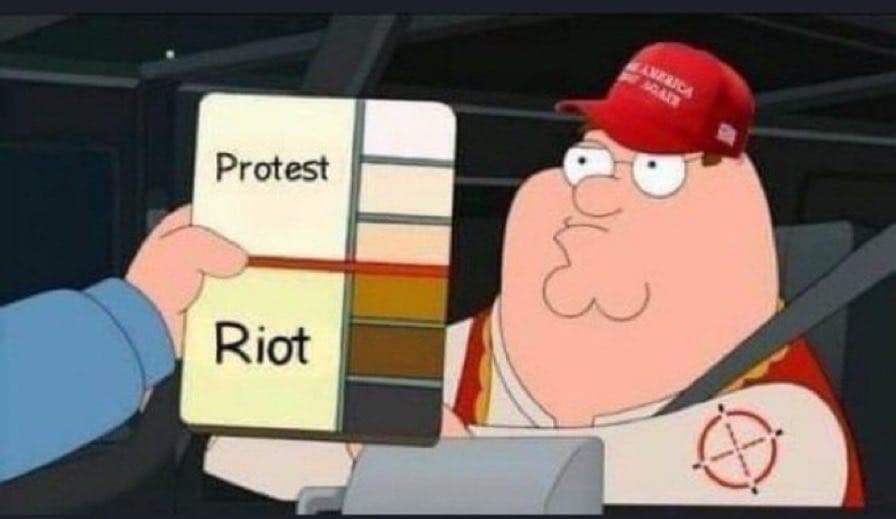