Back of the class (No eating in class) meme explained

Back of the class (No eating in class) – is a meme mocking the stereotype of pupils and students sitting at the back desks in the classroom. As a rule, these are bullies who eat, drink and play cards, despite the comments of teachers.

Origin of Back of the class meme

It is not known exactly who and when started making memes about the rear desks. But massively this trend took shape in June 2019. Then in the Western and Russian social networks pictures began to spread according to a single template. 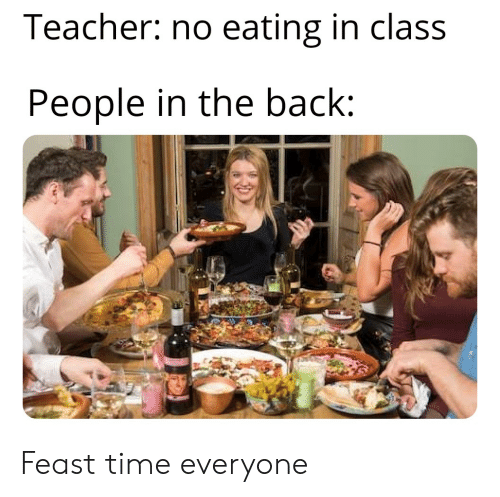 The last desks are ironically compared with any of the strangest images of food lovers. For example, a typical stock photo feast or Hitler’s field lunch.

Over time, the pictures became even more abstract. Users began to add frames from cartoons, photos with cats and celebrities.

When the food pictures ran out, other topics came into play. Now the teacher asks not to play cards on the back desks. 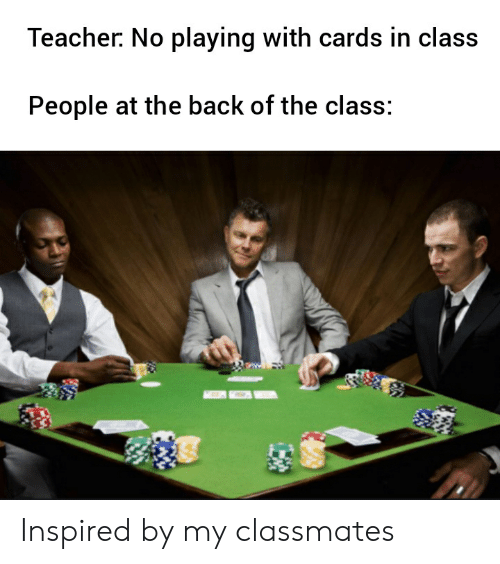 And do not use gadgets. 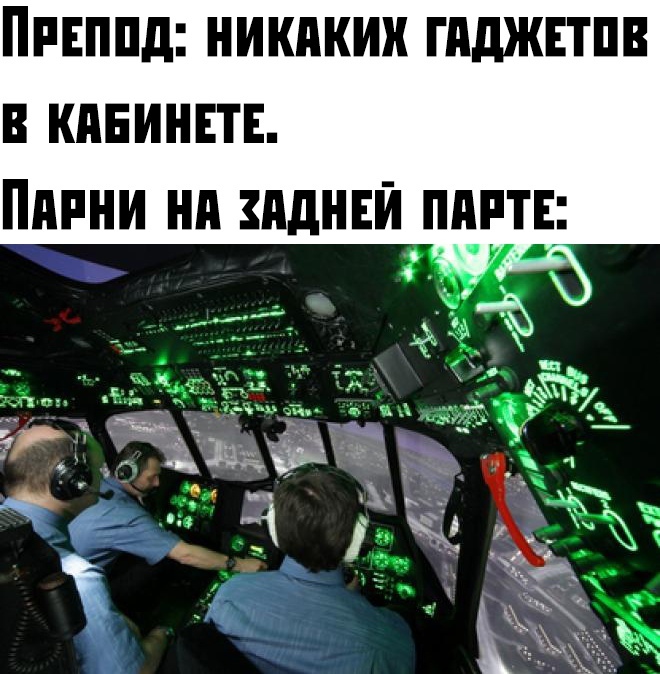 Teacher: No gadgets in class.

Boys on the back of the class:

Meaning of No eating in class meme

Memes about the rear desks are ironic over the stereotype of how students behave in the last rows of the class. There you can really easily eat something or even play cards with a classmate, without fear that the teacher will notice you. But in memes, this chip is brought to the point of absurdity. The rear desks turn into a cockpit, a restaurant with a feast, etc.